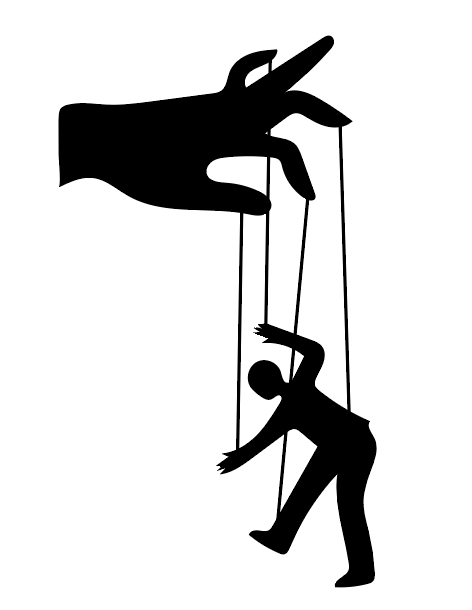 Eager to see what was inside, Liam opened the box, “What in the world is this…?”

In the box was what looked like a young wooden boy. Liam reached his hand in and grabbed the clump of strings that became very tangled as he pulled this mysterious object out. He flipped the boy over and saw how beat up his face was with little divots in his wooden skin and the chipped paint from the boy’s crooked smile. He noticed his hands and legs were attached to strings. It wasn’t until Liam saw this that he realized that the boy was a puppet. The puppet wore corduroy overalls and brown shoes on his feet. Liam examined the puppet. “ I never knew mom had a puppet,” said Liam. Suddenly, he began hugging the puppet and crying. He knew his mother must have saved this for him. “I think I’m going to call you Chipper,” said Liam as he gave him another hug, holding him close to his chest in the dark basement. Liam shut the trunk and left the key in the lock. He headed upstairs with his flashlight and his new friend.

When he got to the top the stairs he proceeded to keep quiet, as Uncle John was still asleep on the couch. He got to his room and set Chipper down in a chair. “So what do you do for fun?” Liam said to Chipper. He didn’t answer. He just sat there looking at Liam. “Oh right, you’re a puppet. You can’t talk,” said Liam. Frustrated, Liam went to bed.

“Liam! What were you doing in the basement last night?” said Uncle John. “You know you are not allowed to go down there for any reason!” he continued.

Liam jumped from his slumber, watching Uncle John’s face tense up. “I was curious to see what was down there. I met a new friend, Chipper,” said Liam with excitement.

“Liam, listen to me,” Uncle John said, becoming frustrated. “You never to go down there again, and this new friend Chipper is not yours to have. It belongs in the basement where you found it.” Liam was speechless. He didn’t know what to think, he just sat up with a blank stare looking at his uncle. Uncle John started again, “Promise me you will never go down there again.”

Liam knew that this would not end well if he didn’t promise. “I promise, Uncle John.” said Liam. Uncle John walked out of his room and went outside to smoke a cigarette. Liam started to cry. He wished his mom was here. He looked over to the chair and saw that Chipper was no longer there. “Uncle John must have taken him when he left,” thought Liam. With tears still streaming down his face, Liam became determined to learn all he could about Chipper and the reason why his mom had him. Liam knew what he had to do.

Liam had his plan. He went over to his closet and reached for his baby book his mom made him when he was just a newborn. He searched through photos and found so many memories, but no Chipper. “Maybe I’m looking in the wrong places,” Liam thought to himself. A thought came to Liam’s mind, “There must be more in that trunk, maybe I can sneak down there and find out more about Chipper.

had used the night before. When he reached the trunk, he realized his mistake, “Dang it! I forgot the key.” He made his way back upstairs to retrieve the key.

He opened the basement door to see Uncle John sitting at the kitchen table with the key in front of him. Liam was white as a ghost. “Liam, come sit down. There’s something I think you should know,” said Uncle John.

The Puppeteer part one can be found on kscequinox.com 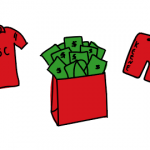