Welcome to the circus 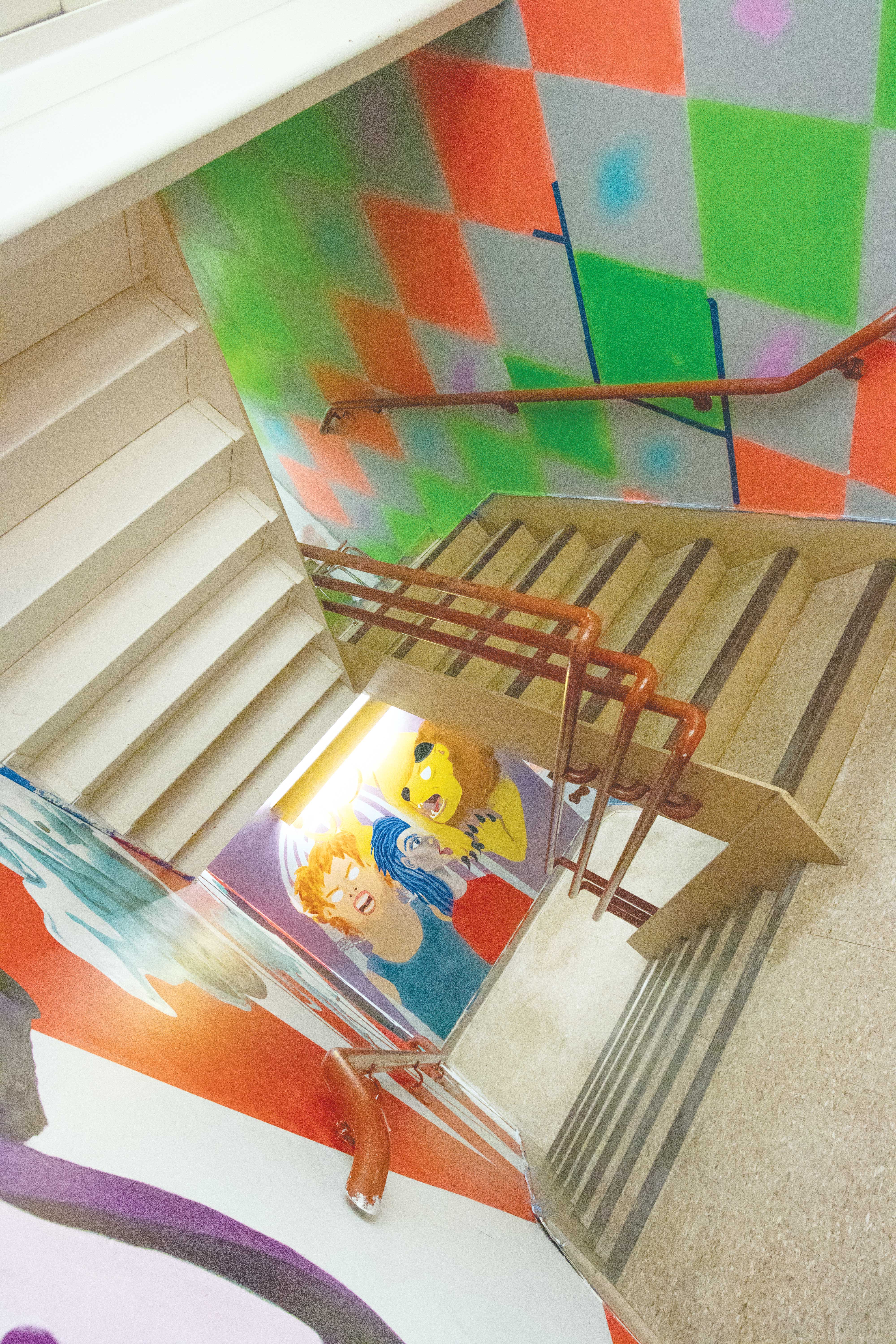 Working together to create something beautiful can be rewarding to many people.

Keene State College’s Color Design and Mural Paintings class, led by faculty member Molly Fletcher, has been decorating the walls in the Redfern Arts Center’s stairwell with an array of colors for about 3 weeks now. Four groups were created, and each assigned a wall in the stairwell. Prior to beginning, the class decided on an common theme to base each of their murals on; the circus. Junior Audrey Kaiser explained how the class came up with the circus idea: “Our class discussion began with us sitting around a table shooting out ideas, and we talked about how part of Keene’s history was that the circus came through. That kind of birthed the idea of ‘what if we did a circus themed mural?’”

Murals on each of the four walls centered around a concept from the circus; a wallpaper circus pattern, circus food, a large target and elephants and lions.

However, the art piece consists of a fifth wall. Sophomore Jessica Madore expressed the purpose of the additional wall. “We’re going to incorporate one or two parts from the other walls into the fifth wall. We have a lot of elephants in ours, so [we] might do some smaller ones on the fifth because it’s such a big focus on our wall,” Madore said.

While the theme of the art project is the circus, the group decided they wanted to do it with a twist. Rather than having people running the circus and animals being in cages, the class decided to give the animals the power. “When we first started talking about the circus, everyone was kind of uneasy about animal cruelty and the elephants and everything like that. Everyone was really excited about putting our own twist on it. Everyone was in favor of switching it around and putting the animals in charge,” Madore said.

According to Kaiser, having multiple people painting in the same stairwell can be a challenge. “It got very overcrowded. There were days where all of us were down there at the same time trying to block things out, and it just got to the point where everyone was bumping into each other,” Kaiser said.

It was for this reason that the groups were created: To give people the time and space they needed to work on their art.

A number of students in the class are non-art majors. However, they expressed that they enjoy collaborating and taking a class that was not a major requirement. “It’s been a good change of pace for me because I’m a biology major, and normally I’m focusing on science. It’s been fun and relaxing,” Kaiser said.

Appreciating the opportunity to work with her peers on a art project, Madore said, “I’ve never done a group art project so that’s been interesting. We had to make sure we were getting everyone’s ideas incorporated and trying to come to an agreement on what we want in our mural.”

Senior and Teaching Assistant for the class, Angela Jenks, explained she liked being able to work with those that were non-art majors. “It’s really awesome. I love working with the people that are not particularly in the studio art major. It’s nice to see the ideas they come up with, especially not being fully involved in art as much as some of my other classmates who are in the BFA program,” Jenks continued. “It’s fun to be around people who aren’t in it for the art, and they are doing an amazing job,” Jenks said.

According to Jenks, the point of the project is teamwork and creating something beautiful. “It’s been about everyone helping out and creating this thing together,” Jenks said. 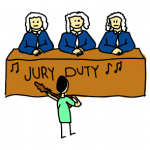