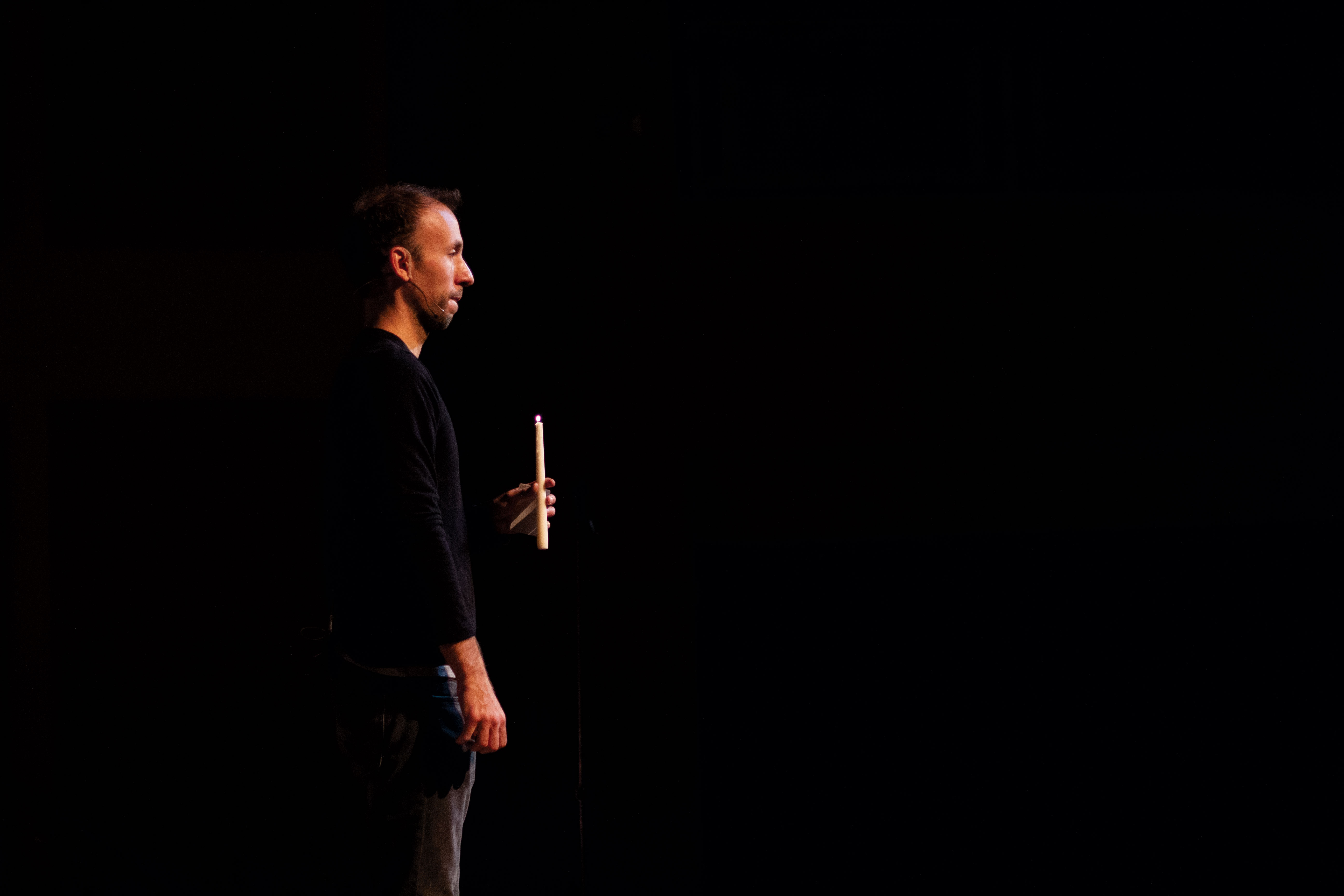 Keene State College ended Halloweekend activities with a magic show that transported students into the realm of the supernatural.

Magician for Non-Believers Peter Boie has been performing his Magic for Non-Believers comedy magic show at every KSC Summer Orientation Session for around five years. This year, KSC’s Student Involvement Office decided to bring him back to perform a different genre of magic for students in one of his newest shows: Summoning Spirits.

Boie said Summoning Spirits is different from his past comedic performances as this one consists of original videos, projections, and local ghost stories from places around New England. He said he wanted to bring students into a cinematic realm. “It’s honestly about creating another world [similar to] if you watch a good movie, it’s more immersive,” Boie said. He said the more scared the audience is, the more he gets into the performance. “I am spooked by it,” he said. “If I can get into [the stories] then I am part of that with [the audience] … it gets me more into the feeling that something crazy just happened.”

“We’ve done things similar to this in the past,” KSC Director of Campus life Jennifer Ferrell said. “We’ve done some ghost-hunter things and stuff, but they’ve never had the magic element to it or, quite honestly, the fun that he brings to a show.”

Ferrell said she first saw Boie perform at the National Association for Campus Activities conference (NACA) , ten years ago. “He is a really good performer and a really great magician,” Ferrell said.

Ferrell added that the college liked the idea of bringing a familiar face to campus, and that students would most likely want to go to an event if they recognized the name.

Cathleen Klem, a KSC sophomore double majoring in holocaust and genocide studies and political science, was an orientation leader and said she remembered seeing Boie over the summer and came with her coworkers to see the show. Klem said she came because she knew Boie was a good magician. “[The show] was good. It was scary,” Klem said. Klem was the audience participant for the ending act.

Emily Bridge and said she was terrified despite not believing this show had any real paranormal activity in it, “I was scared, my heart started to race… [I feel] good now, a little scared still [but] good.”

KSC sophomore, biology major and audience participant Cydnee Morgan said she was on the edge of her seat as she participated in an act. “I was freaked out,” she said, “[but] it was cool that for Halloween we could have a magic show.”

She added, “I know it’s magic, but [I believe] ghosts are real.”

Boie said he is more skeptical on real paranormal activity but many do not believe that. “People find it weird sometimes,” he said. He added he had to come to terms with knowing that some people will always believe he is promoting paranormal beliefs. “This was all a magic show to create the illusion of ghosts… I hope they just take it away as a fun experience. Like a movie, you don’t start believing in Chucky or Michael Myers just because you saw the movie. You might be spooked and remember the movie as your walking down a dark alleyway.” Boie said he is not here to change anyone’s views but to be remembered as the magician who was able to “spook” the audience.

Morgan said the show was fun and that she would like to have more magic shows, but at better times: “Some of [the events] were on Saturday night and not many people will come on that night … even during the weekdays I know I wouldn’t … I would rather be doing homework.”

Klem also said she would like to see this event again, but said the Student Involvement office should market to the students more next year.

Boie said he would be happy to come back. “[College students are] the best audience. They haven’t gotten jadded yet, and they’re still in that space where I like to be … you’re able to understand everything but still young enough to not buy into crazy things like ‘there might be ghosts in the house.’ It’s the perfect audience, I love them,” he said.

Angelique can be contacted at ainchierca@kscequinox.com 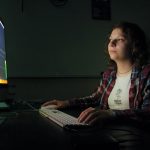