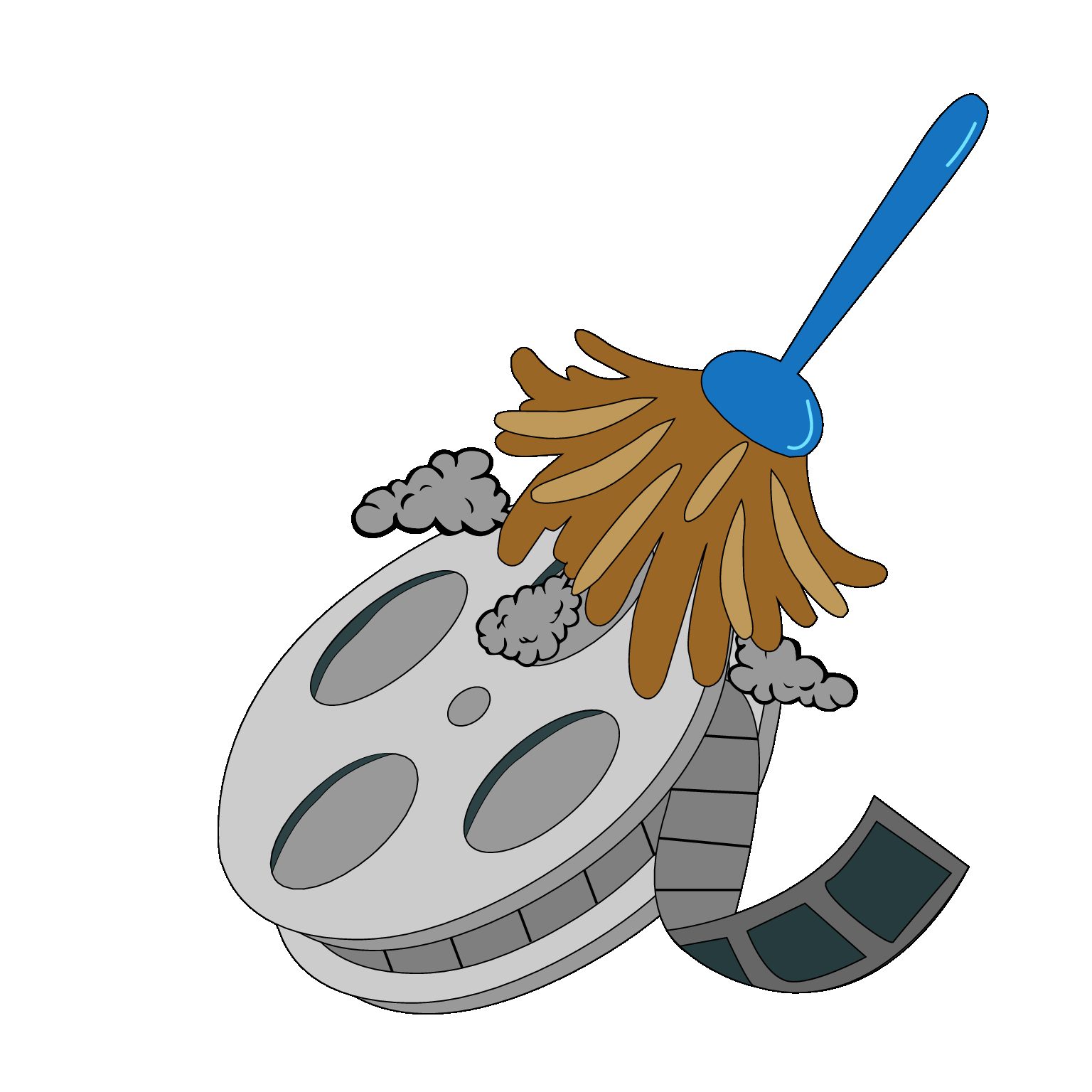 “Beauty and the Beast.” “Cinderella”. “Alice in Wonderland.” These titles are but a handful of the titles which, since Tim Burton’s “Alice in Wonderland” was released in 2010, the Disney company has decided to remake into live-action. In an age in which both “Ghostbusters” and “Jumanji” were remade, along with other various cult classic films from generations past, it is no wonder Disney is capitalizing on the new phenomenon which has taken over Hollywood: the longing for nostalgia.

“Nostalgia is addicting.” It’s a phrase we have all heard, and experienced all too often. Why else do we rewatch family videos on the old VCR, or flip through scrapbooks? Yet it has not been until the 20th century that Hollywood has acted upon the human love for nostalgia and heart; and as the Disney company has grown into a multifaceted empire since Bob Iger took helm as the company’s executive officer, they have not failed to be at the forefront of this cinematic movement.

The “Disney live-action remake” began in 2010 with Tim Burton’s “Alice in Wonderland”  highly stylized and action-oriented film which embraced the zaniness of the 1951 film headed by Walt Disney himself, as well as Lewis Carroll’s original tale. This was followed by a slight detour in the form of a prequel in 2013’s “Oz the Great and Powerful” a prequel to a children’s property previously not adapted by Disney — “The Wonderful Wizard of Oz”. It was however, the release of “Oz the Great and Powerful” which cemented the live action fairytale as a new bracket of the Disney brand, and production photos and teaser trailers were released for the following year’s “Maleficent”,released in 2014.

“Maleficent”, as with the previous two entries to the live action brand, was met with criticism. Once again, Disney took took a slight detour from the original fairytale in that they not only told the tale from the perspective of the infamous villain Maleficent, but changed the tale to offer a new perspective of redemption — a tactic taken straight from 2003’s hit Broadway production “Wicked”, based off of Gregory Maguire’s own line of novels which reimagine classic tales. Unfortunately, “Maleficent” did not share the same success as “Wicked”, and generally divided audiences.

Therefore, for their next project, Disney chose to adapt “Cinderella” just as it was seen in 1950 — only more lavish, colorful and visually stunning. Director Kenneth Branagh, known for his elaborate spectacles and affinity for Shakespeare, was selected to explode the fairytale onto the screen. This tactic was met with unparalleled success for Disney. Although the film earned an entire $250 million less at the box office than “Maleficent”, due to fairly unknown talent Lily James heading rather than megastar Angelina Jolie, it was met which far superior love from fans. Despite multiple criticisms from feminists, reception of the film remained incredibly positive. The delicate, graceful portrayal of the character by Lily James earned her a career.

By 2016, the significance of the Disney live action brand had been established, and over ten live-action remakes were announced to be in the works. The company continued the momentum with their most successful remake yet — Jon Favreau’s “The Jungle Book”, released in 2016. Featuring revolutionary CGI effects, and young Indian actor Neel Sethi in a breakthrough performance as Mowgli, the film was an astounding success and was praised for capturing the magic of Disney. This success lead to Jon Favreau being given the honor of directing 2019’s “The Lion King”, which plans to use the same CGI technology to bring its animal cast to life.

The live-action remake continued to not only give audiences the Disney nostalgia and magic they sought, but established itself as one of Hollywood’s main three billion-dollar-money machines — the Disney animated musical, Marvel Cinematic Universe films and the live action fairytale. However, in 2017, Disney released its greatest weapon yet: Emma Watson. Indeed, the famous actress’ casting in the live-action “Beauty and the Beast” was one of the greatest headlines in recent film history. For years, people around the world dreamed of the Harry Potter actress portraying the bookish, intelligent princess, yet never dreamed it could come true. Showcasing the same lavish spectacle as “Cinderella” and “The Jungle Book”, as well as featuring something all of the live action remakes had neglected too — the Disney music which has warmed audiences’ hearts for decades. The film made nearly $1.5 billion at the box office.

We now find ourselves preparing for multiple live-action remakes from the company. The recent “Christopher Robin” acted as a sequel, and acted as a smaller, more humble film which epitomizes the word nostalgia and celebrates childhood, as the Winnie the Pooh brand has always done. (Who doesn’t tear up when Christopher Robin says “silly old bear”?) In fact, over 20 live action remakes are in the works. This includes: “Aladdin”, Mulan,” “The Lion King”, “The Little Mermaid”, “Dumbo”, “Snow White” (titled “Rose Red”), “Pinocchio”, “The Sword in the Stone”, “Peter Pan”, “Chip N’ Dale”, “Winnie the Pooh”, “Chronicles of Prydain”, “Nottingham & Hood”, and “Lady and the Tramp”, as well as pelephora of classic Disney films reimagined from different perspectives (“Cruella”, “Prince Charming”, “Tink”, “Genies”, “Fantasia”.)

Some of these announcements, such as “Aladdin” and “Mulan”, were met with excitement. Others were met with confusion. A live action “Lion King,” all CGI —  won’t that basically be the original film, which will only be 25 years old as is when the film is released? “Dumbo”, directed by Tim Burton — really? Won’t a live action Pinocchio be downright creepy and uncomfortable? And so, as Disney solidifies their monopoly on Hollywood with the acquisition of Fox, the question remains — where do we go from here?

Disney was praised for their regionally appropriate casting of an Indian boy in “The Jungle Book”, as well as the feminist themes which Emma Watson brought into “Beauty and the Beast”. Therefore, it is not surprising Disney is looking to adapt various diverse properties alongside current social justice movements. “The Lion King” looks to continue the success of “Black Panther”, while the live-action “Mulan” hopes to be “Black Panther” for the Asian community. Despite being originally being set in Denmark, rumors have circulated that black actress Zendaya has been offered the role of Ariel in “The Little Mermaid”. Zendaya is not only incredibly popular, but possesses the mermaid figure for Ariel, and can sing. Furthermore, using the original Calypso soundtrack as an opportunity to cast a black actress is a clear opportunity which, in Disney’s eyes, cannot be missed. Interestingly, despite coming out a year later than “Aladdin” and “The Lion King”, “Mulan” is the only new remake which we have seen promotional images from.

This move is, by no doubt, a capitalization on the Asian August of 2018 by Disney. The month featured game hanging “Crazy Rich Asians”, which starred an all Asian cast, and also saw success for Netflix’s “To All the Boys I’ve Loved Before”, a rom-com featuring a Korean- American mixed race protagonist, as well as “The Meg”, which included Asian talent on and behind the screen.

This is also showing, however, of Disney’s fears about “Aladdin”. On the film’s, and Disney’s, shoulders, lies the responsibility of making large steps forward for the Middle Eastern community in film. The company is, understandably, hesitant, especially after false headlines which claimed they were “browning extras” with spray tans sparked outrage online. “The Lion King” has been met with enthusiasm, with a stellar cast announced to widespread praise, including the one and only Beyonce as Nala, but also must continue the steps that “Black Panther” made earlier in 2018. Messing either of these diverse projects up, especially after such spectacular treatment to white fairy tales “Cinderella” and “Beauty and the Beast”, is, in the current political climate, simply not an option for the company.

Ultimately, audiences are excited for the live-action remakes which Disney has planned in the upcoming years. One can only imagine the beauty of a live action Agrabah and magic carpet ride of Aladdin and Jasmine through a diamond sky. It is a representation of Arabic culture which audiences have longed for. and the actor casted as Aladdin, Mena Massoud, is not only regionally appropriate, but a new talent, and already capturing audiences’ hearts with his perfect Aladdin resemblance and charming smile in behind the scenes photos online. Twitter nearly exploded when the first photos of Chinese actress Liu Yifei as Mulan were released, and these same fans are looking forward to a gorgeous celebration of Chinese culture, as well as seeing the famous female warrior kick some honey buns on screen.

As the Disney brand continues to add onto its list of purchases with Fox, it is easy to lose sight of the original Disney brand and the magic it holds for generations worldwide. Along with releasing sequels (“Finding Dory”, “The Incredibles II”, and “Mary Poppins Returns”), one of the company’s greatest assets is the fairytale which they are famous for — and in the modern day, that comes in the form of live action remakes. The future looks bright, yet none can say for sure what this new trend holds in store for the greatest powerhouse in film history.

All must change with the times, and with that includes the famous Disney fairytale. However, as animation moves to live action, and nostalgia grows to surpass new, original content, has the Disney magic been lost? Or is it stronger than ever? 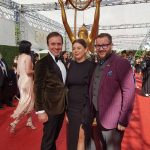 KSC at the Emmy's Previous
Creating uproars of laughter Next 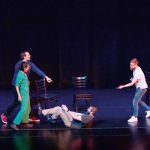