KSC at the Emmy’s 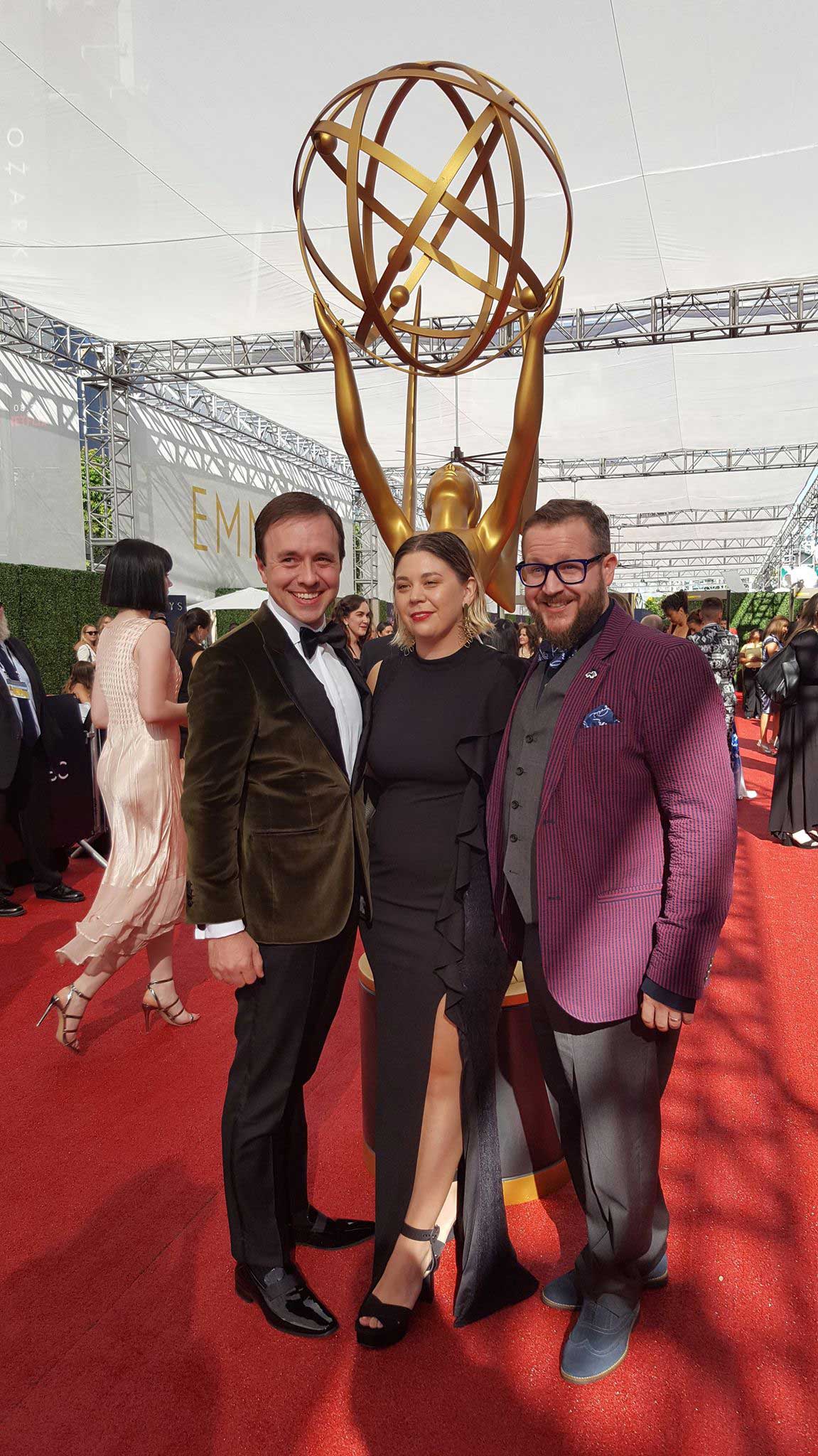 Throughout the years of success Athnos has had, she credits the KSC Film department with helping her build her broad foundation and knowledge of film.

“Overall, I’m happy with my education. The Keene State film program will give you a little bit of everything. It’s very well rounded, and gives you a taste of everything together. The program gives you a broard experience of film, which I saw as advantage. It’s not specific,” Athnos continued.

“You won’t go into the film industry with a specific mindset of what you want to do that you might have if you went to another school. It sets you up with a different attitude.”

Although she did not win the Emmy, receiving the nomination was a huge honor according to Athnos; she did not see it coming.

“I was definitely surprised, I wasn’t expecting it this year.” Athnos explained that typically you don’t expect this kind of award until you’re in your 40s or 50s, or as Athnos said, “when you reach your peak years.” Athnos said that the experience, especially receiving a nomination at such a young age, was very exciting.

Film studies faculty Ted White had Athnos as a student in several classes during her time at KSC.

White explained that early on, he was able to see a drive and passion for film in Athnos.

“She was always really enthusiastic. She would get excited about her ideas, which I loved. She just had a sense of confidence that I could sense early on,” White continued.

“She seemed to succeed when she had an opportunity and improve herself and become more confident.”

White expressed the sense of pride the Film Department has in Athnos, and how her success is inspiring current students. “Aimee changed the culture here a little bit. There is a feel among students that they are destined to get a job in the industry and have an exciting life. I feel really good about that,” White said.

One of the students that has been inspired by Athnos is senior Nikki Root. Root explained that she had the opportunity to video chat with Athnos during White’s Career Development in Film and Media class last Fall.

“After speaking with her about Atlanta, she’s made me inspired to move to Atlanta ever since. I’m actually going to Atlanta for a week next month for the first time. I spoke with Aimee and we are going to meet up and chat up the film opportunities down there,” Root said.

According to Root, Athnos’ Emmy nomination filled her with a sense of hope for what’s to come after Keene in regards to her future film career.

“It’s really awesome that Aimee was nominated for an Emmy and she’s doing Keene so proud, especially the Film community here at Keene. It makes me feel like there is hope for us little ones up in New Hampshire, just because we went to a state school far up north doesn’t mean our learning experience is any different,” Root continued.

“We make such close and personal connections in this program that will stick with us for the rest of our lives. Now, having a connection and alum as successful and wonderful as Aimee, I feel like we can all follow in her footsteps.”

To those who plan to pursue a career in film, Athnos had this to say: “You have to be prepared to start at the bottom. Your first year is tough, but remember to keep your eye on the prize. If you don’t find something you like at first, keep looking and don’t give up. If another Keene State graduate can do it, so can you.”

KSC at the Emmy's