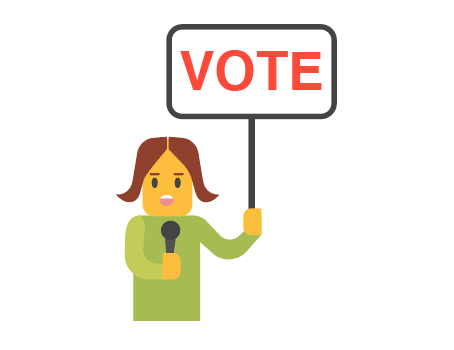 With the November Election less than a month away, social media users are being flooded with posts from friends, family, candidates and now celebrities encouraging them to go vote.

On Sunday, October 7, singer Taylor Swift, who normally stays quiet about political issues, took to Instagram stating the she will be throwing her support to democratic candidates Phil Bredesen and Jim Cooper running in Tennessee.

The post continued as Swift encouraged followers to research their candidates and be sure to vote on November 6. With the continued development of social media and celebrities having the ability to reach out to fans all over the world, Swift has not been the only one to use her platform to ask people to vote.

In the 2016 presidential election, celebrities such as Lin Manuel Miranda and Ellen DeGeneres stressed to fans via Twitter the importance of voting.

Other celebrities including Miley Cyrus, Alicia Keys and Katy Perry publicly endorsed candidates and attempted to motivate their fans to do the same.

Sophomore Emily Spaan expressed her thoughts on celebrities using their platform to inspire people to vote.

“It think it’s great because it makes the younger generations more aware. They would probably be more influenced by people that they follow on social media,” Spaan said.

While Spaan explained she looks at online news sites as a primary source for political news, especially with the election approaching politics are all over social media.

“I go on social media but I don’t try to look for political things. Obviously it pops up but you can’t believe everything you read,” Spaan said.

Spaan however said that if she saw a celebrity talking about a political issue or endorsing a candidate, she would be more likely to have views that follow that celebrity.

When it comes to her knowledge of  politics, Keliher said, “I know the basics but I don’t get super involved.”

Keliher, who gets most of her political news from Twitter, explained why she thinks celebrities motivating people to vote is beneficial.

“I think that’s a super good thing because people should go vote. Especially younger people because I know in the last election in 2016 that was a big thing. Everyone was like ‘go vote,’” Keliher said.

Like Spaan, when Keliher was asked if she would be likely to side with a celebrity she liked on a political issue she answered, “Probably, for sure.”

Unlike Spaan and Keliher, senior Hanna O’Connor had a different opinion. While she still valued celebrities ability to encourage people to do something as important as voting, O’Connor said there is a fine line between inspiring people to vote and telling them who to vote for. “I think encouraging people to go vote is good, and it’s a good use of their platform. But I don’t think necessarily trying to sway people one way or another is good. I’m mean obviously I agree with certain people but not on all things,” O’Connor said.

O’Connor also explained a celebrity, even if she liked them, how not influence her opinion on a political issue.

However, if she was not well informed, it could motive her to look into it. “If I don’t don’t completely know about an issue, like it’s new, I might be more inclined to learn more about it,” O’Connor said.

Midterm elections are being held on Tuesday November 6 and the deadline to register in N.H. is Wednesday October 24. 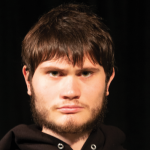