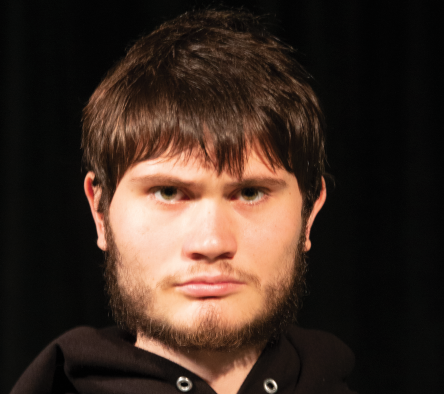 “Political correctness” has gained a negative connotation in this day and age. People who believe in it are seen as overly sensitive, and offended by everything. According to those who oppose it, political correctness will bring an end to free speech. It will censor the world, creating a global society where no one is allowed to speak their mind.

This opposition is personified by Demolition Man (1993), directed by Marco Brambilla and written by Peter M. Lenkov, Robert Reneau and Daniel Waters. It is a film that tells the story of L.A.P.D. cop John Spartan (Sylvester Stallone) who, despite apprehending convicted criminal Simon Phoenix (Wesley Snipes), is simultaneously cryogenically frozen and mentally rehabilitated as punishment for failing to save more than a dozen people from a burning building in the year 1996.

The story continues in August of 2032. Officer Lenina Huxley (Sandra Bullock) mandatorily asks if there has been any activity among prisoners. Both she and Warden William Smithers (Actor) acknowledge that the question is pointless. Every single prisoner is frozen. Huxley expresses her boredom with a world where nothing ever goes wrong and Smithers tells her that he doesn’t need to think.

In the next half hour, we learn that there have been no murders since September 25, 2010. This peace has come at a price, however; society has become extremely sensitized to the slightest problem. Profanity, noise pollution and graffiti that can be erased in less than ten seconds are major crimes, because they’re the only crimes society has to worry about.

When Phoenix is tested to see if he is ready for parole, he beats up the unarmed guards and is smart enough to escape. The problems of a morally perfect society comes to a head when the police are unable to stop Phoenix due to their lack of guns. Instead, necessity forces them to unfreeze Spartan, who learns the lengths that society has gone to outlaw offensiveness: “Anything not good for you is bad and hence illegal,” Huxley explains. “Alcohol, caffeine, contact sports, meat.” “Are you s—ttin’ me,” Spartan asks, only to be fined “for a violation of the verbal morality.”

As if the film has not been descriptive enough, in its depiction of a world as politically correct as possible, it further goes on to tell its audience that everyone is implanted with a tracking chip to be monitored. This includes Spartan, before he leaves the building.

It is here that one cannot deny the similarities between this movie and George Orwell’s 1984 (published in 1949.) In both stories, any individual who says something a governing force does not like is punished. It is the tracking chips, however, that make clear that Demolition Man does not recapture any dystopian story. It recaptures the one where those not part of the elite are constantly monitored.

Demolition Man is also similar to Aldous Huxley’s Brave New World (1932,) which tells the story of people that take mood neutralizing drugs. In both stories, a society gives up its freedom in order to constantly feel happy — or at least not sad. One may argue that the society shown in Brave New World is well intentioned, and the same can be argued for the 2032 society of Demolition Man. Unfortunately, these possibly noble intentions do not change their censorship. (On a side note, this comparison is exemplified by the fact that both societies reproduce only asexually, and that Lenina Huxley shares a last name with the author of the novel.)

In short, the film warns that political correctness drains society of its liberty. By choosing to not be offensive, society has chosen to not be free. This is not to say the attempt to rid the world of offensiveness was not well intentioned, but it is to say such an attempt has inevitable negative consequences.

Admittedly, it leaves the door open to whether or not there is a point where political incorrectness becomes tasteless. Racist, homophobic, transphobic and certain sexist slurs are never used at all. The film neither defends nor condemns such words, leaving viewers to decide for themselves what to think of them. While the film indirectly tells the audience that any speech should be allowed to be used, it lets viewers decide whether or not hate speech should be used. If one is uncertain as to where the film lands on hate speech, he or she should look to a quote by Evelyn Beatrice Hall: “I disapprove of what you say, but I will defend to the death your right to say it.”

Despite its heavy subject matter, The Demolition Man does find room for fun, with a thrilling car chase and a tense final duel that frequently seems to be over only for it to turn around. There’s a certain excitement in seeing a character half an inch from death only to recover and, one moment later, once again find himself facing a possible demise.

In addition, the soundtrack is amazing, kicking off the film with scary orchestral booms, which increase with the words “Los Angeles 1996.” The music picks up action when the movie does for the first time, and shifts from emotion to pure adrenaline with the first confrontation between Spartan and Phoenix. Composer Elliot Goldenthal is sure to give the film a powerful sound when Spartan learns of the mistake that will land him in prison, and the music and opening credits combine for a mixture of science fiction futurism discomfort and mystery immediately before he is frozen. There are many more great original compositions throughout the film, including one that serves as a recurring motif, but they are too numerous to mention here.

The opening scene also has some of the best camera work in the film. The opening shot, which I would be wrong to describe in detail, offers a frightening view of a crime-torn Los Angeles. Combine this with some great tracking shots, devastating destruction, including a horribly damaged building that much of the opening scene takes place in. Then unaware of the dangers of inoffensiveness, would want to move away from such horrible havoc.

On top of the music and visual aesthetics of Demolition Man, Stallone, Snipes and Bullock fully sell you on the belief that they are the characters they play. When Stallone’s character is told that multiple bodies were lost in a building, the look on his face is one of genuine regret. He really does look like someone who mourns the deaths of multiple people. Snipes has all the charisma of a violent, sadistic criminal who likes causing a ruckus. Bullock, along with Benjamin Bratt (who also plays a cop) intentionally underact when playing pawns of a system that wants them to be always perfectly happy, and become more emotive as actors when the characters the play break free from the society that has tried to prevent them from feeling negative emotion.

I do have one complaint with the film and it’s extremely minor. Nevertheless, it’s noticeable, and I would have found the movie more enjoyable had it not been part of the movie. That complaint is Spartan being seemingly bulletproof. There are multiple scenes when he is shot at relentlessly but doesn’t suffer the slightest wound.

On a more positive note, Demolition Man, is anti-corporate consolidation; Spartan is displeased to find out that no restaurants exist other than Taco Bells and by existing in a world with no free speech, this restaurant monopoly becomes part of a politically correct dystopia. In short, what may have originally been intended as no more than a product placement becomes a warning of what could happen if one company or franchise absorbs everything else.

Cal Sylvia can be contacted at 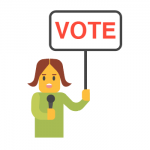 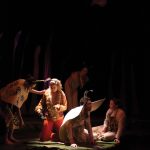