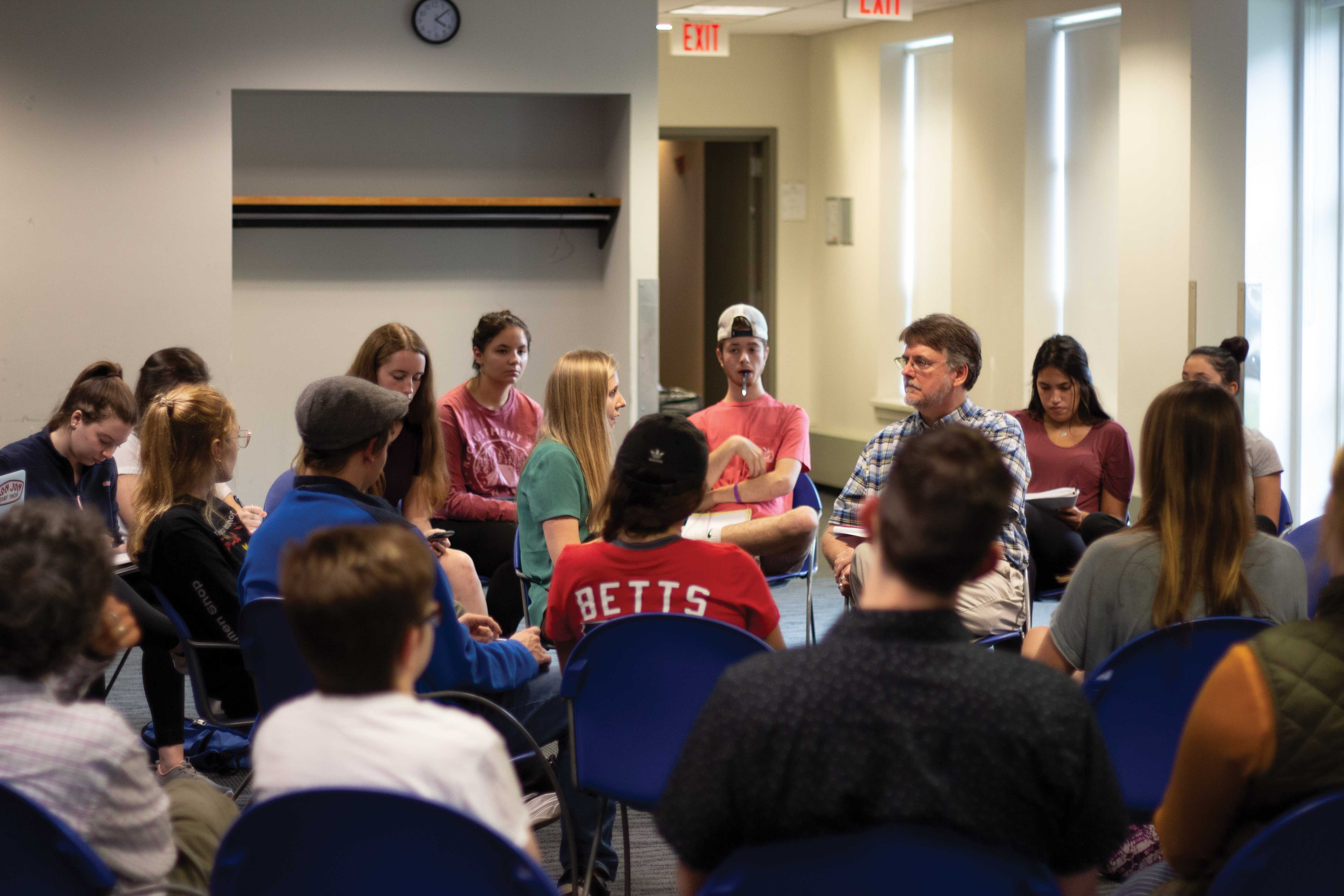 On Tuesday, October 9, the Courageous Conversations Committee organized a conversation open to the public, focusing on the idea that “Boys will be Boys.”

Keene State College Counselor Forrest Seymour said the purpose of titling the event “Boys will be Boys” was to rile people into a state of mind that would allow for ideas to be brought forward. Seymour said, “To be transparent, we put that in there to rile people up a bit.”

Seymour said a big reason for this particular topic, “Boys will be Boys,” was because of the recent Brett Kavanaugh hearings and the controversies surrounding those hearings.

Seymour said, “We try to pick a topic that is sort of currently in the media and in people’s heads, and that is at least a little bit provocative, and we try to frame the prompt so that it’s hopefully not too one sided.” He said the hope is for the discussions to allow students to experience civil discourse about a potentially contentious topic.

KSC student Gabriella Dixon-Snell said, “For the girls here, I definitely feel like they kind of gained kind of a confidence push. Like, I have a stronger community supporting me now.”

Seymour said this kind of conversation is really important since most of what the public is exposed to is the extremes of two sides. “I think it’s good to see the diversity in opinion … I think it’s important for everyone to see we don’t all agree, and we all have different opinions,” Seymour said.

Dixon-Snell said, “[Boys will be boys] is institutionalized over the ages.” She said it implies girls will be girls, and should “stay inside.” He added that some of the conversation covered the shame aspect of sexual assault, and that his hope is for the present survivors to feel less of that shame.

Program Support Assistant for LGBTQ Students Hunter Kirschner said he had the most disagreement with this conversation compared to past Courageous Conversations, “I wanted to jump in more, I wanted to be engaged and clarify more. It seems like there’s a lot of misinformation in a lot of different ways.”

Kirschner said there’s a lot of harm in this sexual assault and rape culture, and that sometimes that can result in narrowing a person’s field of vision, specifically in trying to find someone to blame. “I think this is something that touches everyone, and so coming from that kind of place, we can’t always necessarily step back and think about it in a bigger picture … We would like to be able to find a cause or someone to blame … to find a resolution, and I think it can limit the view on the issue.”

“I think sexual assault tends to be an issue of concern on college campuses because of the culture, and because of the condensed population of 18 to 22 year olds — just in terms of human development, identity development [and] newfound independence … so this seemed very appropriate.”

Seymour said, “We use the term ‘boys will be boys’ to excuse behavior that is inexcusable, rather than confront that behavior and confront our society and a system that allows that behavior to happen.”

As a final message, Dixon-Snell said, “Your voice matters, no matter what, your story matters. No matter how scary it seems, there are people and there are large communities out there who support you.” 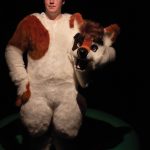 Forming a Furry Club Previous
Rocking on Oya hill Next 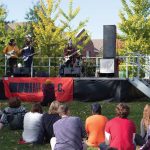