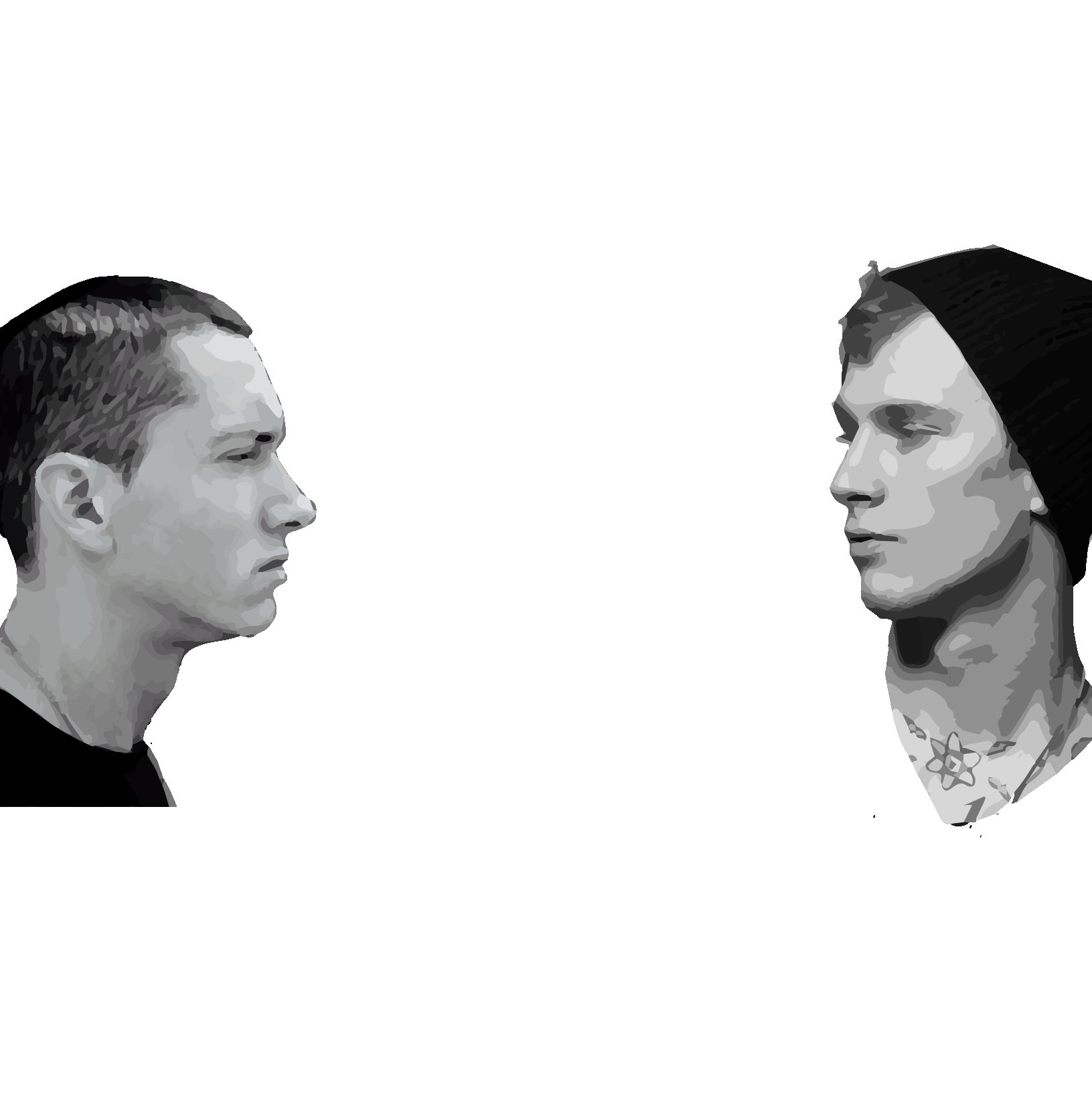 On Dec. 15 2017 one of rap’s biggest icons, Eminem released the album Revival. When this Album was released many were excited to hear from the self proclaimed “Rap God” after his four year hiatus since his 2013 sequel to one of his biggest albums, The Marshall Mathers LP 2. Unfortunately the album was met with mixed reviews when it finally came to the ears of listeners. Bigwig online music critics like Pitchfork say that, “Revival is ultimately plagued by the same pitfalls as Infinite, which found him shadowboxing against ghosts, unable to land any punches. This time he’s competing with a version of himself that no longer exists.” Anthony Fantano (The internet’s busiest music nerd) called the album “Awful.” Then gave it a light two out of ten in the review that he did, garnering over 1.7 million views on Youtube.

By the point of August 31 2018, Eminem was beyond fed up about all of the people who were trashing his name and legacy in the rap game. So not even a full year later, Eminem on August 31 gave us Kamikaze, a surprise album talking about all of the people who were speaking bad about him and his art that he released almost ten months prior. Also the album dives into other issues and personal beefs with Eminem. Some of the shots being sent in the way of rappers such as Joe Budden, Tyler the Creator, Lil Yachty, Drake, Lil Pump, etc.

One artist seemed to take things into his own hands when he heard his name being said in the song, “Not Alike.” “And I’m talking to you, but you already know who you are, Kelly/I don’t use sublims and sure as f*** don’t sneak-diss/But keep commenting on my daughter Hailie.” The artist that was mentioned in the small little snippet of the verse was from 28 year old Cleveland Rapper Machine Gun Kelly. According to Rap Genius, website where people can theorize their own meaning to an artists lyrics, Eminem was angry because of some of the tweets MGK was saying about his at the time 15 year old daughter Hailie from 2012. Please keep in mind that MGK at the time was 22. “Ok so I just saw a picture of Eminem’s daughter…and I have to say, she is hot as f***, in the most respectful way possible cuz Em is king.”

In the song addressing Machine Gun Kelly, Eminem spends the entire second verse of the song just tearing into MGK, for that and for supposedly sneak dissing him on Tech N9ne’s song “no reason” on his guest verse. “It’s only one option, you gon’ need a doctor/ I ain’t talkin’ bout the one from compton.”

This chain of events lead to Machine Gun Kelly releasing a response track to the verse bashing on him on, “Not Alike”. It was released two days after the album came out and its title is a playoff on Eminem’s 2013 hit song, “Rap God” where he won the world record for most words in a hit single. MGK sends several hits Eminem’s way in the hit diss track, “Rap Devil” by saying “‘I think my dad’s gone crazy’ yeah, Hailie, you right/Dad’s always mad cooped up in the studio, yellin’ at the mic” and “F*** “Rap God, I’m the Rap devil/ Comin’ bare-faced with a black shovel/ like the armageddon when the smoke settle/His body next to his instrumental, i’m sayin” and lastly “Somebody help your mans up (help)/ Knees weak of old age, the real Slim Shady can’t stand up!”

After this move from MGK people and fans everywhere were wondering what next? Then Sept. 14 rolled around and Eminem released “Killshot” a roughly four minute track sending response and rebuttal rhymes right back MGK’s way. The song itself was released on YouTube and later that day became the number one hip hop song to debut on youtube in a 24 hour period. Garnering over a massive 38.1 million views. “Throwing out lines such as “Got more fans than you in your own city, lil’ kiddy, go play/Feel like I’m babysitting Lil Tay/Got the Diddy okay so you spent your whole day/Shootin’ a video just to f******’ dig your own grave” and “Your red sweater, your black leather/You dress better, I rap better/That a death threat or a love letter?”

First years Emma Hamilton and Alex Dube at Keene State College were both asked to get their take on this rap clashing. When both were asked if they had listened to rap at all in their free time they both had similar responses. Mentioning how they listen to rap at least a couple of hours a day. They were then asked if they with ere previously fans of either of these rappers before the fight. Dube mentioned how Eminem was his first favorite rap artist but hadn’t “heard of MGK until his freshman year of high school and at the time […] missed the hype on him”. Hamilton said “yes, more Eminem than MGK but I do enjoy a couple of songs that MGK features on (like) ‘No more sad songs’ ft. MGK”.

When asked what track they thought was better,  Dube explained how he thought Killshot took the cake. “Eminem not only sticks to his original, demeaning and aggressive style but he also changes things up with lots of ‘drunk beat’style verses and isn’t afraid to switch up his flow at random points in a song and still cook MGK”. Hamilton thought the opposite keeping things short and sweet by saying “‘Rap Devil’ just has a better sound and bops harder.”

Artists will often take part in promotal stunt right before an album release. However, Hamilton said how she thought it was a legitimate “rap beef” but Dube wasn’t as sure. “Honestly, if they are using this as a stunt for an album good for them because they’re doing a great job getting their fans up in arms,” said

Jesse Derleth, who works for the Aspire program in Keene State College, shared a different opinion on the controversy. He answered the same questions as the other two saying how he’ll listen to rap if it’s the popular thing right now. When asked if he had listened to MGK or Eminem before the beef he reminisced on listening to songs like “Without Me” and “The Real Slim Shady” by Eminem as well as “Till I Die” and “Alpha Omega” by MGK. When he was asked which track he believed was better, Derleth responded,“Both of them are okay but unfortunately they both have a lot of issues. I think Eminem uses too many slurs in his song and I think MGK was being too cringy when talking about Eminem’s daughter”. He also followed this statement by saying how Eminem wins in terms of a better track and more mainstream appeal.

As far as if he thought the stunt was a promotion, Derleth said “Yes,” then added. “But even if it wasn’t, it’s going to help MGK out. It’s a very smart ploy in MGK’s part because in the rap game you need to fire back so he was triggering Eminem to have a response and since all of his numbers have spiked.”

The question that they all were asked is who they thought won the beef. Dube confidently said “Eminem, hands down. He has and always will be the more creative and talented rapper in my opinion,” Dube continued.“MGK is young and has plenty of time to get big.” While Hamilton said she liked MGK’s song better she thought “Eminem [Won] just because he has a larger fan base and is the ‘Rap god’”

When Derleth was asked he said something different. He mentioned how song wise Eminem killed the beef but the overall person who came out on top was Machine Gun Kelly due to how much publicity this controversy gave him. 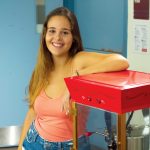 Jacqueline's movie mania Previous
Thursday nights at the NOC Next 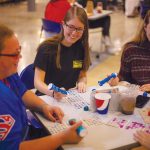