A new collaboration with Keene State College, River Valley Community College (RVCC) and Nashua Community College (NCC) will be set to take effect in the spring semester of 2020. The three colleges will share classrooms and will focus on expanding the nursing program.

“We plan to expand the opportunities for our students and also for the businesses in the Monadnock region,” Nashua Community College President Lucille Jordan said. “We were restricted because of the space so [we] decided it would be the best to join with KSC in allowing our students to continue their education.”

Much of the early planning has been undertaken by Keene State Interim President Melinda Treadwell and Nashua Community College President.

Jordan said she has been making the arrangement with RVCC for the collaboration because the community college has been in the middle of hiring a new president.

“This is a great opportunity for students to experience a higher education and maybe switch to a state or university school or later decide they want to go to Keene after finishing their Associates Degree,” Jordan said.

“We want to create a pathway for students after graduating from their associates degree onto their graduate degree at KSC,”  Jordan added.

Jordan said students will be able to experience the beauty of being at a college like KSC and hopes that students will make the change in continuing their college career at Keene State.

Interim President of Keene State College Melinda Treadwell said,“The reality is, in higher education, you can’t do everything by yourself.”

By collaborating with RVCC and NCC it will give KSC opportunities to expand creativity and create program opportunities that KSC couldn’t do alone, explained Tredwell.

Treadwell said, “I think we also have the opportunity to get community college students on our campus and classrooms so that they can see that Keene State is a really exciting place that they can be a part of beyond their associates to stay with us for their baccalaureate.”

RVCC was looking to expand the colleges classrooms to KSC because they had exceeded the capacity and KSC had the room.

“We think the community colleges have some relationships partially within precision manufacturing, health care and a few other areas that our students could have really great opportunities for internships and jobs after graduating,” Treadwell said.

Both schools have been seeing a decline in enrollment over the past few years. KSC enrollment was around 5,000 students from fall 2008 to 2014, before dropping to 3,800 in the fall semester of 2017.

RVCC enrollment went down around five percent between 2014 and 2016, a spokeswoman for the community college system according to a Sentital article from July,6th,2018.

KSC sophomore and Secondary Education Major Tom Lupetin said, “I think the collaboration will work out great for all three of the colleges because it will let community college students see what it’s like to go to a state school, and it might let KSC gain more students.”

Lupetin said he’s glad KSC decided to join with these schools because Keene State offers other classes that the two colleges might not have.

Matthew Kahlman can be contacted at 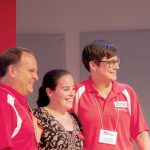 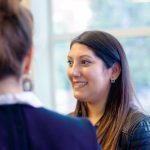