Musician Tina Weymouth once said,“If you have this passion for music, you don’t stop doing it – it chooses you and doesn’t release you.” 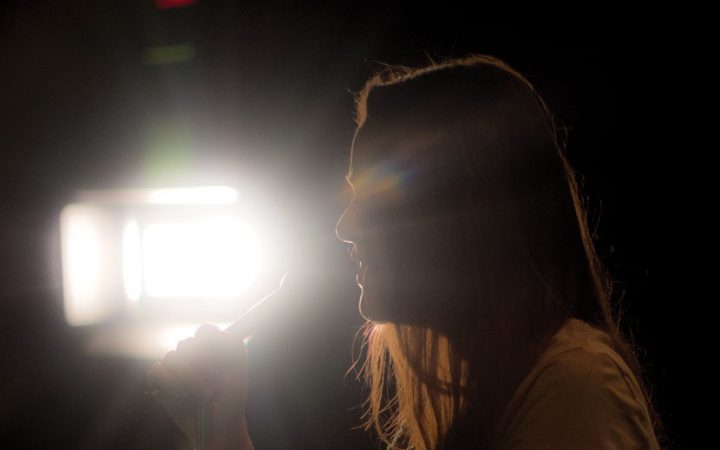 While many people consider the art to be a hobby, graduating students in the music department consider it to be so much more. Seniors Callie Carmosino, Joe Conti and Micayla Mahoney all began playing their designated instruments in elementary school. From there, they all continued through middle school, high school and are now finishing college with that same passion.

Carmosino, who focuses her talent on the bassone, explained her decision to continue with music in college. “I’ve been doing music for over half my life, which is kind of weird to think about, but it has always been a huge part of my life. It was just the most important thing to me to continue making music and just learning about it as much as possible,” Carmosino said.

Over the course of their four years, Carmosino, Conti and Mahoney all expressed the positive impact the music department has had on them. Whether it was through shaping them as a person or a musician, the three credited the department for their success.  Conti, who identifies his main instrument as the trumpet, expressed his gratitude. “The Keene State music department has given me the opportunity to go through changes in my life I never thought I would encounter,” Conti said. “I have made amazing friends, experienced unforgettable memories, was pushed and challenged to think beyond what was right in front of me and learned how to be a professional in my field, and I think, because of that, I can say I am the way I am. I wouldn’t be where I am if it wasn’t for my colleagues, faculty and everyone involved in making the music department as great as it is.”

During their interviews, both Carmosino and Mahoney said the music department helped give them confidence by pushing them out of their comfort zone. Mahoney said, “They really push you to do a lot. I’ve been in almost all the ensembles they offer, and that may seem like a lot but I think that it was a great experience. I just think, as a whole, it has shaped me in every single way. I’m definitely more confident, more flexible, more willing to do things that I’m not comfortable with.”

As the three students look toward the end of their four years at Keene State College, they reflected on what aspects of the college they will miss the most. Unanimously, all three said they were going to miss the music department faculty.

“All of the faculty are so great and they just want everyone to succeed as best they can. I don’t even have half of them for professors and classes but 99 percent of them know my name and will be like, ‘Hey, how’s it going? What’s going on? What concert are you playing in this week?’ It’s really awesome. I don’t think I’ll ever forget how amazing they were in my time here, and I’ll take it with me,” Carmosino said.

Also adding her input, Mahoney said, “[The faculty] are great and they are really willing to help you and do whatever it is that you need, as long as you’re willing to go out of your way to get it.”

With the semester winding down, all three seniors described the thought of leaving as “bittersweet.”

“I’m sad to leave, but I’m excited about what’s coming up. Keene State has been a really amazing place for me. All the opportunities I’ve had, and all the friends that I have made, and all the colleagues that I’ve been able to play with over the last four years have just been incomparable,” Conti said.

Next year, Carmonsino will be attending graduate school at the University of Missouri. “It’s pretty cool that I learned enough here that I could get accepted into a program so far away,” Carmoniso said.

Likewise, Conti will also be attending graduate school in the fall at Appalachian State University. “This school has changed my life, and I’ll always be grateful and thankful,” Conti said. 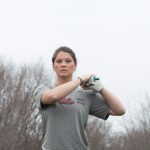