KSC getting jazzed up

Jazz combos performs at the Redfern 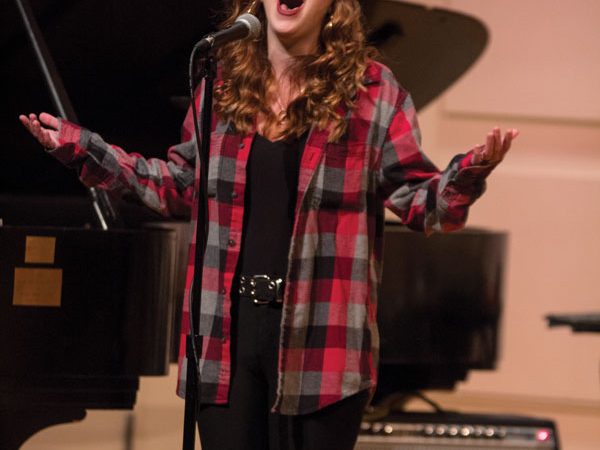 The performance contained three different combos, which are essentially mini ensembles, with a wide variety of different jazz styles. Jazz Ensemble Director Steve Cady said the style can be labeled as “fusion music,” which is the combination of different genres.

“This is an accurate representation of the kind of playing that should go on in your average jazz combo,” Cady said, “whether that’s for a jam session or for a club, cocktail hour, something like that… We are covering different subgenres of jazz.”

Cady said he arranged some pieces for the event, as did other students in the ensemble. “More importantly, one of the tunes in the first set was arranged by one of the students, Cora Dykens… and the last combo, there was a tune — an original composition — by the bass player Adam Jeffrey,” Cady said.

KSC senior music performance major and percussionist Eric Dill said he likes how students can bring in their own arrangements and compositions to have the group perform.

Dill said each ensemble has one-hour rehearsals on Fridays. He said the students use a book that teaches jazz harmonics and basic fundamentals to help with their end-of-the-semester performances.

He added that the combos are mainly student run, giving students the responsibility of choosing, practicing and altering songs to their style and jazz preferences.

“We are doing some renditions of jazz standards… They are in a different style. So [if] “My Foolish Heart” is done in a swing but we would probably do it as a Latin tune instead, we’ll change up the groove and the feel,” Dill said. He added that the combos would change time signatures on the pieces and change the whole movement of songs to accommodate a new and personal style.

From these combos, Cady said the students gain skills in communication and musical improv. “A lot of what we try to do,” Cady said, “is to get the students to work on the interpersonal, musical conversations that help, kind of, direct traffic.” He added that jazz performances have an improvised aspect with not always having a determined number of soloists, or when a piece begins or ends.

Dill said he hopes the event showed the audience that the jazz program is still prominent at KSC. “Hopefully it shows that a lot of students are still involved with the Jazz Combos and it shows how [the combos are] still strong,” he said.

KSC first-year music education major Madison Shimko said she came to see her friends perform, and enjoy the music. She added that the night was full of high energy from the performers and she said the audience could tell how hard the students in the combos had worked.

Shimko said she enjoyed the event, and recognized some pieces like “Blue Skies” and “Mii Channel Theme.” She added that “Mii Channel Theme,” arranged by Dykens, had originated as a joke passed around the department all semester, and Shimko said she was pleasantly surprised to hear it performed and said the piece brought a fun aspect of jazz to the audience.

Although Shimko enjoyed the performance as a whole, she said some of the performance left her confused. During the performance the microphone seemed to cut out for KSC vocalists Hannah Love and Siobhan Cooper during some of their solos. “I really didn’t know what was going on,” she said. “I didn’t know if the mics were off or if it was just because there was so much sound going on. I thought [the event] was great either way.”

Cady said the occurrence was most likely due to not having someone working at the sound board to adjust the microphone when needed since all sound was leveled correctly for most pieces.

As a whole, Cady said the performance was unaffected by the microphone mishap and he was still amazed at their final performances even though this semester has been challenging for all the students and faculty.

Dill said he has been in the Jazz Ensemble and Jazz Combos since his first year at the college. He said, “[The Jazz Ensemble has changed] quite dramatically, especially since the passing of our professor in the past… this is the first semester we have done it without Scott. That’s the most change because he lead us… and had the Jazz Combos for I think 10 years.”

Dill said the teaching style has changed for the Jazz Ensemble and Jazz Combos and said Cady is more down-to-earth and can connect easily to the other students. “It’s really nice how he can just communicate easier with us because he is also still actively gigging.” He added he does not know if Cady will be continuing with the Jazz Combos for next semester, but he thinks the future concerts will have positive outcomes.

Despite the challenges given to them, Cady said the students are committed to their work here at KSC, and he has loved working with the combos and would love to work with them again in future semesters.

Kodachrome Previous
Dining contract up for grabs Next 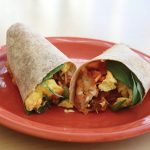 KSC getting jazzed up