As Michael Jordan once said, “Obstacles don’t have to stop you,” and Melissa Wydra didn’t let them stop her. 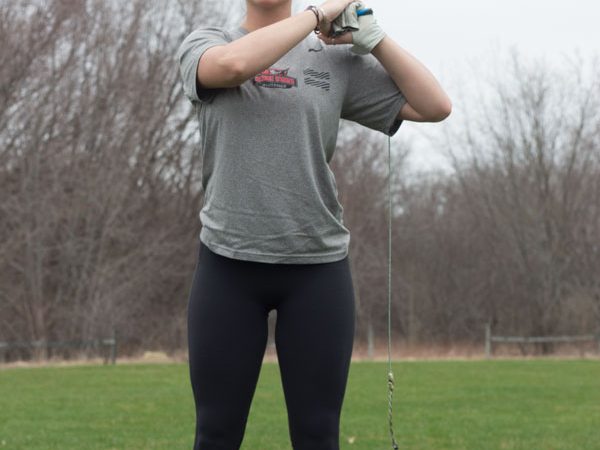 Wydra said if she had been asked at the beginning of this year if she thought this could happen, she would have said no.

“At the beginning of the season I had some doubts, and as the season progressed I also had some doubts. Could I actually do this? Was it something achievable? And my coach was like, ‘of course Melissa, you can do it,’ so that’s what pushed me,” Wydra said.

Back in September, she had Tommy John surgery due to an injury back in April, 2016. Tommy John surgery is surgical operation in which a ligament in the medial elbow is replaced with a tendon from elsewhere in the body, often from the forearm, hamstring or foot of the patient.

Wydra said it has been a big mental obstacle she has had to overcome. She said she had gone to more than one doctor to see what recommendations they offered. At first, she said, she had tried physical therapy, but in the end it didn’t work out.

She added that her surgeon didn’t think she would be where she is now, post-surgery.

Not only has she been practicing hammer for only three and a half weeks outside, but this is not her main event. Wydra’s main event is javelin. In indoor, there’s a similar event, called weight throw. Wydra said she saw herself improving from the previous years and her coaches approached her with the idea.

Wydra said she feels accomplished and was very emotional when she broke the record. “It’s really amazing to set a goal for myself and see it actually come to life,” she said.

Wydra said it was her last throw of the day, and at first, she was feeling nervous since her warm-ups weren’t that great. But when it came time to throw she kept telling herself she could do this.

“Either it got really quiet or I made it seem it got quiet but I looked at my teammates and told them today is the day I break the record. I took a deep breath and went numb,” Wydra said.

She said she started to cry immediately, and her teammates started to cheer for her and they cried, too. Then, Wydra said, she turned to her coach. “We looked at each other and I immediately started to cry, then he hugged me and then he said how proud he was of me, ‘congratulations, you deserve this,’“ Wydra said.

As an athlete, you want to impress your coach, make your coach aware of how much it means to you to be a part of that team, it was amazing,” she said.

Wydra said her coach and her teammates have helped her when it comes to calming her nerves down.

In contrast, Wyrda said, when her family is there, it makes her nervous because she wants to impress them, although she knows she doesn’t have to.

She added that, after breaking the record, she immediately dropped everything and called her parents, who congratulated and cried with her.

During practices, when it comes to javelin and shot-put, she said she doesn’t have to take mental breaks.

But when it comes to hammer, she said, she has too. “I get frustrated when my throws are off so I have to take a step back,” she said.

Wydra’s friend Dominique Pascoal, who throws javelin has been there for Wydra since the beginning. Wydra said Pascoal has been there since her surgery, throughout her recovery and is still with her now. From day one, Wydra said, her friend had no doubt that Wydra could break the record. “She was the first one I wanted to tell, she was throwing for another event at the same time so when I told her she started crying and we just hugged for a while,” Wydra said.

Pascoal said she is always there for Wydra when she needs advice. “If she’s nervous, I tell her to clear her mind of anything besides what she is about to do in the moment. Have fun, grip it and rip it,” Pascoal said. She added, “I tell her she knows what she is capable of, now she has to show everyone else.” Pascoal said Wydra is a resilient, motivated and passionate person.

Wydra said she wants to further her throw in hopes of hitting 50 meters by the end of the season. The Little East Conference games are on April 28, and she said she is excited for some tough competition. “[Rhode Island College has] really good hammer throwers, so it’s nice to have some good competition that’s pushing me to perform at the top of my game,” Wydra said.

Head Coach Tom Pickering did not respond to multiple requests for comment.

Adriana Sanchez can be contacted at asanchez@kscequinox.com 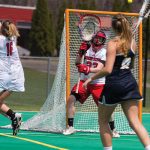 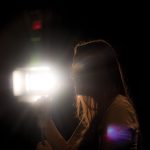