Breaking barriers with a signed language

With sign language classes at Keene Community Education and a new club here on campus, a silent community has piqued the interest of many Keene State College students. 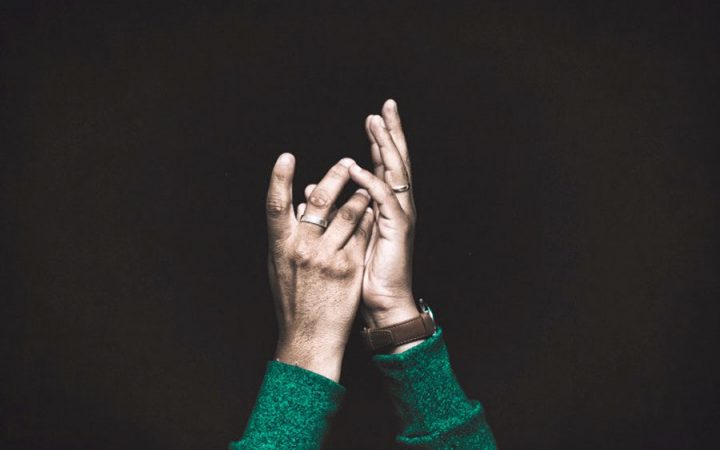 KSC junior Tristram Patoine is treasurer of the Owl Sign Language club on campus said he and his friend are currently learning American Sign Language because he said he believes learning the signed language will allow him to connect to the hearing impaired community.

“I have a neighbor, her name is Cindy Hascal. She’s been deaf her entire life and I have known her a few years,” Patoine said.  Until now, Patoine said his only form of communication has been through Hascal’s husband, who acts as her interpreter.

Community is formed through communication. This can sometimes be hard if there is a language barrier. For the hearing impaired this is usually alleviated by a translator which is often a faculty or staff member.

KSC Director of Disability Services Jane Warner said there are no students on campus who identify as being completely-deaf but there are multiple students who are hard of hearing.

“Right now we have six students who have identified as hearing impaired on campus,” she said.

She added that with the lack of completely deaf students on campus, comes the absence of licensed interpreters at KSC.

If a student were to apply to KSC as being completely-deaf, they would have several options. Warner said the college would hire an interpreter or offer a real-life captioning system (CART) for their classes on campus.

But for partial hearing loss, many of the hearing impaired students here on campus utilize the FM system offered by the college.

“[Some students with hearing loss use] what’s called an FM system… The faculty member wears the mic and the student puts [items] called boots on their hearing aids. It will amplify the lecture so that the student will hear [better],” Warner said.

Although there are no completely-deaf students enrolled at KSC, students like Patoine with personal connections to a deaf community member or who want to erase the barrier between the hearing and hearing impaired have many ways of learning sign language.

Keene Community Education Language instructor Don Powers has been completely-deaf his whole life. After retirement, Powers moved to the city of Keene from Brattleboro, Vermont, and has now been teaching sign language for seven years.

Powers signed he believes teaching beginners is easier than advanced courses because students are new to the language and culture and can be taught new information instead of changing knowledge they already have.

“You must know Deaf culture first,” he signed. “Deaf” (with a capital “D”) is used for those involved in the hearing impaired culture or community, “deaf” (with a lowercase “d”) individuals are not in the community

To Powers, ASL is more than just a way of communicating. It’s a way into a new world.

Powers signed he was raised in one of the largest Deaf communities in New England and noticed there are significantly fewer available sources for hearing impaired residents in the city of Keene.

VR is defined by Dictionary.com as “a realistic and immersive simulation of a three-dimensional environment, created using interactive software and hardware, and experienced or controlled by movement of the body.”

VR has many uses for the hearing impaired. Common use would be the ability to access video interpreters for conference calls and other video calls.

Warner said one way KSC is reaching out to the Deaf community is during commencement ceremonies, “We have a remote captioning person… on the big screen for graduation they’ll type out the text of the speech going on so people can read that closed captioning,” she said.

Throughout his seven years of teaching, Powers signed there are many reasons why the hearing community has a hard time understanding signed language.

With such a large uneven ratio between the two communities, he signed, the hearing and the hearing impaired live in two different worlds, causing many people to not know the similarities between English and signed language.  Powers signed, “It’s easier for you to interpret and learn if you understand [the similarities].”  Powers signed students need to learn the basics first, beginning with fingerspelling.

“You must teach people fingerspelling,” he signed. He added that fingerspelling is important for spelling your name, where you live and certain words that don’t have image signs for them.

After helping them build a basic vocabulary, Powers signed he can show people how to use the language.

Both Patoine and Powers said they were surprised that KSC does not offer any courses in sign language because of the practical uses it has all around us.

Warner said, “There used to be [a class] through Continuing Ed… the problem is it’s really hard to find interpreters that want to teach.”

Warner said until KSC can find a suitable instructor, and has sufficient student interest, courses will be unavailable directly within the college.

For now, Patoine said he is happy to have something at the college to bridge the gap between both communities.

“I hope [the O.S.L. Club] will teach me how to communicate with [my neighbor], because I feel like it will be an easier way to bond with her if I can speak her language,” Patoine said.

Patoine added that he hopes school programs will pair with the sign language club in efforts to make the campus more “deaf friendly.” 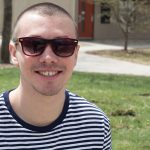 Breaking barriers with a signed language