It can be overwhelming to think about the human impact on the planet. Hearing about climate change often brings up an unsettling feeling to many people. Because of this, it is often easier to give up and not think about it.

However, many people are starting to change their habits and set goals to improve their carbon footprint, which is the amount of carbon dioxide a person emits due to their consumption of fossil fuels. Keene State College has recently joined this effort by setting new goals of becoming more sustainable.

KSC Interim President Melinda Treadwell announced these new goals in a speech on Wednesday, April 18. Treadwell, who researched air pollution  years ago as a toxicologist while she was a faculty member at KSC, said she was inspired by a presentation she went to three weeks before her speech. The presentation explored similar goals to the ones recently established at KSC.

According to Treadwell, KSC staff have been working on sustainability goals, as well as the new sustainable learning outcome, for the past year. Treadwell said she was pleased with KSC’s effort to be sustainable and said it was time to put these goals into action. “Our students and faculty have been passionate about this work,” said Treadwell. “It’s time for us to stand up and say we’re going to commit as an institution to goals that will need investment and time and work, but it’s the right work for our planet and for what this campus stands for.”

KSC sophomore public health and environmental health major Madelyn Thomas said she was surprised about the crowd turnout for Treadwell’s speech. Overall, Thomas was impressed by the goals. “I think that they are awesome and really important for Keene State to do,” Thomas said. “As an Eco Rep, I think it’s a big deal. I wish we had a couple more people come out, but we had a good turnout all-in-all.”

KSC Director of Sustainability Dr. Cary Gaunt was involved in establishing these goals. Treadwell said she was leading committees to help come up with more realistic goals.

Gaunt said KSC first established a goal to become carbon neutral at some point in the 21st century. In 2015, a second goal was created. However, Gaunt wanted the goals to be more specific and observed sustainability efforts made by other institutions in the region to make the goals more realistic.

One of the goals Treadwell announced was to reiterate the 2015 goal of getting the gold star rating in sustainability by the Association for the Advancement of Sustainability in Higher Education (AASHE) by 2020. The next goal was to reduce KSC greenhouse gas emissions by 50 percent by 2030 and achieve carbon neutrality by 2050.

Another goal was to reduce the per capita heat and electricity 20 percent and also reduce water use by 20 percent by 2020. Treadwell also announced a goal to have the Living and Learning Commons (LLC) run on 100 percent renewable electricity by 2030.

Another plan was to make the heating plant on campus fully renewable by 2020. The last goal Treadwell mentioned was to meet the 50 percent waste diversion rate by 2020 and become a zero-waste-campus by 2030.

Treadwell said the college plans to work on achieving these sustainability goals by working with solar installation companies for the TDS building and the LLC residence hall and municipalities to get technical work done and achieve these goals.

Gaunt highlighted the importance of maintaining a sustainable relationship with the earth by setting these goals.

“When we talk about sustainability goals, I think the most important thing to remember is that these are goals that are intended to improve the health of the planet and the health of the people that are on the planet,” Gaunt said. “Each of us is part of this global community as well as our local community and that the goals actually are intended to benefit all of us that are alive today, but also future generations.” 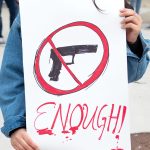