In small towns, such as Bellows Falls, VT, community is an important concept.

On Wednesday, March 28, the Mason Library held an opening reception for the oral history project, Andrew’s Inn. From 1973-1984, Andrew’s Inn functioned as a LGBTQ friendly disco, bar, hotel and restaurant. 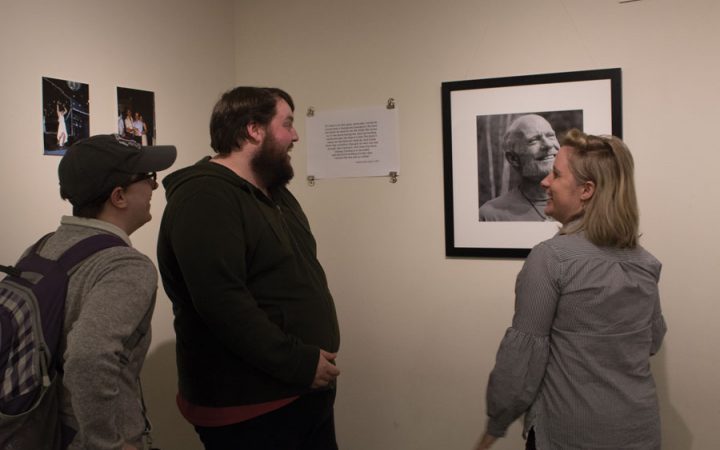 The inn was not only used as a safe space for those in the LGBTQ community, but also as a location for political activists and fellow citizens  to meet.

The oral history project began about three years ago, when Green Mountain Crossroads, the Vermont Performance lab and Marlborough College, decided to collaborate after hearing stories about Andrew’s Inn.

Program Support Assistant for LGBTQ Students, Hunter Kirschner organized the project to come to the Mason Library “to showcase the stories and the history that are not too far away from what we have now,” he said.

Kirschner was also motivated to have the project shown at Keene State College because of the proximity of the former meeting hub, as well as the impactfulness of oral history.

Unlike a typical gallery, oral history involves the first-hand accounts of those involved with specific events.

Throughout the gallery, attendants had the opportunity to take out their phones and listen to the stories told by the people that had been to Andrew’s Inn. “In this age, we’re all kind of creators of media in different ways. The internet is an amazing place to create media in ways that, historically, you won’t be able to because of access,” Kirschner explained.

The Executive Director of Green Mountain Crossroads, HB Lozito expressed the importance of providing these first-hand accounts. “I think the most powerful part is being able to hear people’s stories in their own words,” Lozito said.

Senior and Vice President of KSC Pride, Alexandra Hess attended the event after hearing about it from Kirschner. Hess explained that she had in interest in the presentation due to the proximity of Andrew’s Inn to the college. “I think it’s kind of exciting to see more local history because I know so much about things that are nationwide, or at least only in big cities, but I had no idea that Andrew’s Inn even existed and that it was only like an hour away from here,” Hess said.

Fellow senior and KSC Pride President Sam Whitaker also attended the opening reception for the oral history project. Displayed around the gallery were photographs and newspaper articles about the inn, which Whitaker found to be an interesting way to look at the history. “I thought it was great. The photos are like windows into these happy moments that I almost feel weird to be stepping into but also really excited,” Whitaker continued. “And the newspaper clippings are really interesting because I always just like looking at the news of the past and seeing what they were caring and talking about. Also, just seeing the specific articles that were being pulled out and seeing a lot of the conflicts and struggles that were happening then are still happening today in a lot of ways.”

While the project has been presented at several locations for a little less than a year, Lozito said Green Mountain Crossroads isn’t done yet. The group is still continuing to gather stories from people who have visited Andrew’s Inn. “I’m really excited to keep talking to people and recording new material,” Lozito said. They added,“It’s nice to feel like we’re not alone and we aren’t the first people going through this.”

The gallery will be up in the Mason Library from March 19-April 13. 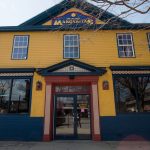 Eating for a cause Previous
Discussions at the Thorne Next 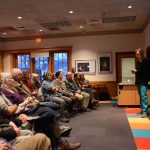