The sun shines down at annual KSC Solar Fest

Members of the campus and Keene communities gathered between the Spaulding Gymnasium and Holloway Hall to enjoy the sun, music and art.

Some of the art available for sale consisted of paintings, ceramics, jewelry, tapestries and crystals.

Attendees of the event had the option to create their own tye-dye shirt or participate in a clothing swap presented by Campus Ecology.

Campus Ecology and 91.3 WKNH promoted and hosted Solar Fest together. 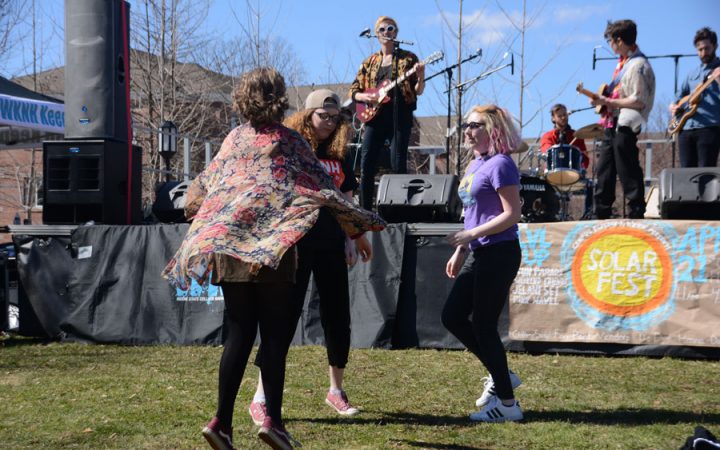 The goal of the event was to spread the message about being more environmentally conscious, while actually being outside and listening to local bands and artists.

Jelani Sei was just one of the five musical acts in Solar Fest’s lineup this year. Other bands and artists included LVL UP, Sun Parade, Weakened Friends and Pink Navel.

KSC senior and Co-General Manager of 91.3 WKNH Nick Busby described Solar Fest as “one big outdoor concert,” but said it does not stop there. Busby said Solar Fest also has “vendors, free food and sustainability groups.”

WKNH is in charge of finding and booking acts to perform at Solar Fest each year. In past years, Busby said the radio station tried to get a variety of artists to attract a crowd such as “indie rock, funk and hippie jam-band.”

Busby said that over the last few years, WKNH has tried to find more “hip-hop and rap because that’s kind of like what we realized people are enjoying these days, so we’re doing some of that this year.”

One of the artists who falls under the hip-hop category that performed at Solar Fest this year is Pink Navel. From Boston, Massachusetts, Pink Navel is a rapper and beat maker, as described on their bandcamp page.

Other bands who performed, like New York’s LVL UP and Sun Parade, Hartford, Connecticut’s Jelani Sei, and Boston, Massachusetts’ Weakened Friends, fall under the rock and indie-rock genre.

Busby added that Solar Fest has gotten “a lot bigger and better.”

He said he “hopes it continues to grow in the future with more bands, more things going on and more organizations involved.” 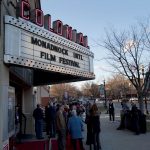 The sun shines down at annual KSC Solar Fest