The advantages of green chemistry

Many people in America walk on salt-covered streets in the winter with not a second thought. To many, it is just an easy way to get rid of the slippery ice. It isn’t often that people think of its impact on the environment because salt is something that is stepped on and often overlooked. The same can also be said for car oil because people use it so often that it becomes a part of their everyday life. In 1995 and 1996, Keene State College Environmental Safety Manager Ralph Stuart thought deeply about the impact of chemicals on the environment and started exploring what is called green chemistry, or the “design of chemical products and processes that reduce or eliminate the generation of hazardous substances,” according to the Environmental Protection Agency.

Green chemistry is a fairly new subject being taught in the public eye in the United States, so people often don’t know what it is. This particularly holds true for students at KSC. This is why Stuart and Environmental Studies Professor Dr. Nora Traviss decided to turn green chemistry into a one of the major group projects for her Environmental Health class. KSC sophomore Will Fabian, sophomore Alex Rushworth, junior Logan Felix, senior Cora Telles and senior George Zarifian got involved in a project that focuses on green chemistry. The project involved looking at the different ways KSC used green chemistry, as well as comparing it to the use of it in the United Kingdom. They will then create a pamphlet that will be replicated and used by Stuart to show the public what green chemistry is. Stuart said he plans to put the pamphlet online and drop some off at some of the offices on campus.

Zarifian added that the group started out not knowing anything about green chemistry. However, with the help of Stuart, that began to change.

Traviss said she and Stuart were surprised none of the students knew much about green chemistry. “We realized that this is something that is an area we really should address, particularly environmental studies, because we want our students to be thinking about sustainability and making choices that are reducing impacts on the environment,” Traviss said.

According to Stuart, KSC has already demonstrated some use of green chemistry. One of those examples is the use of salt mixed with molasses that would have been otherwise wasted. Stuart said using this reduces the amount of salt used by about one third and makes the snow melt faster. Another example of green chemistry being used is the heating plant on campus that  uses recycled and purified cooking oil. Stuart said this, in turn, uses less number six oil, which causes a less environmental damage and saves the school about $10,000 a year. In addition, tractors and trucks used in the Grounds Department uses biodiesel, which is a biofuel alternative to diesel.

Stuart said he is talking with the Sustainable Production Design and Innovation department professors about how to educate students on green chemistry they can use when they are designing their products and wants to get the campus to use more environmentally friendly chemical alternatives. Traviss said she wants to teach a little bit of some green chemistry in her next Environmental Health class.

Stuart said it doesn’t only take chemists to create greener chemical alternatives, it takes a community. “I think one of the most interesting things about green chemistry is that it’s a multidisciplinary challenge. It can’t be just a chemist working by themselves, chemists have to work with the environmental scientists, has to work with the safety people, there are many different skill sets and disciplines involved,” Stuart said.

Katie Glosser can be contacted at kglosser@kscequinox.com 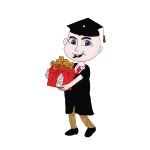 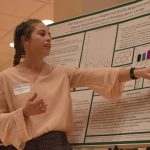 The advantages of green chemistry