Spring weekend came to Keene State College, along with good weather and some great tunes. Rapper Cousin Stizz and pop star Tinashe came to the Mabel Brown Room in the L.P. Young Student Center on April 20 for the annual Spring Concert, which was put on by the Student Activities Council (SAC).

Even though the location of the Spring Concert was different than last year’s, KSC students who were in attendance were still able to enjoy the performance. Senior health science major Helena Panasis commented on how well the artists did, and how the new location added to the event.

“I had a lot fun, [the Mabel Brown Room] was a cool venue, and I thought the performers did a really awesome job,” Panasis said. She added that she knew a little about both performers, but was still able to have a good time with her friends and other students. 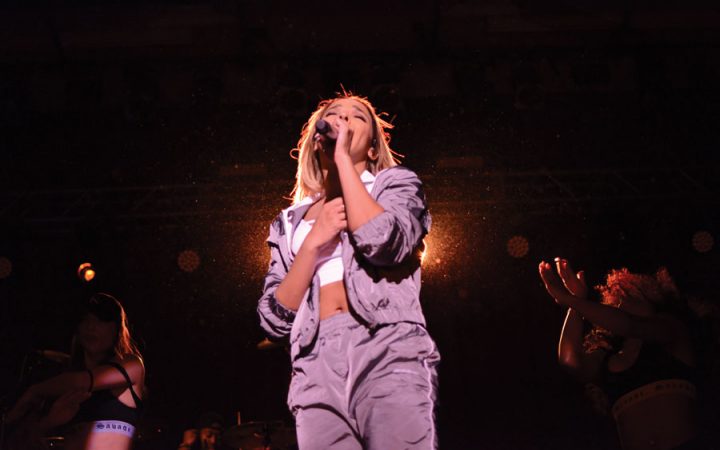 Coordinator of Student Activities and Organizations Britany Gallagher said she thought the event had gone well and the students who were in the audience enjoyed the concert. Gallagher said, “The students who have come out seem to be enjoying the event, a lot of people had good things to say about Cousin Stizz and Tinashe.”

“Not building a stage was the biggest difference, it made setting up less difficult and it cost us much less,” Graves said, ”We still [had] to do a lot of organizing, load in the tech, ready the stage and make sure that the performers are happy, which [was] always on-going.”

Gallagher said even with the location change, the Spring Concert is still a major event that requires a lot of work. “There’s still a lot of preparation, from planning security to constant communication with all contractors and concert staff,” Gallagher said.

With less money being used to set up the venue, Graves said SAC focused more on bringing in artists that could appeal to more students. She said, “We had two artists of a wider variety of genre so that we could cater to more people, which is why we brought in Cousin Stizz and Tinashe.”

Even though SAC and Gallagher brought in the talent for the event, it was the opinions of KSC students that were the driving force behind the selection of artists. “Every fall semester, a survey is sent to the entire student body,” Gallagher said. “Students have the opportunity to provide their feedback on the genre they prefer as well as open-ended feedback for specific artists they are interested in.”

With that said, Gallagher also commented that students were clearly enjoying the concert and those in attendance were having fun with each other at the event. Panasis said, “Me and my friends had a lot of fun. Other students that were around us really appreciated the concert. I think that people who didn’t come are going to hear how good it was from their friends and are going to be bummed that they missed out on a great event.”

Colton McCracken can be contacted at cmccracken@kscequinox.com 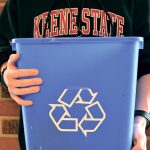