It all began with a bang. 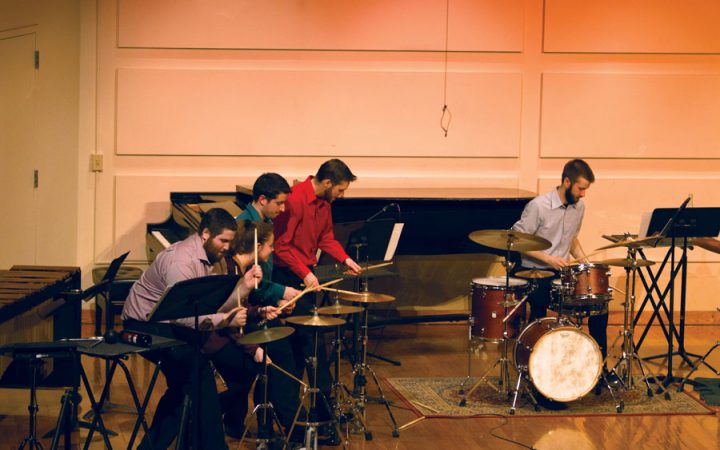 On Sunday, April 8, the Keene State College Music Department presented its next installment in the Ensemble Recital Series, The Percussion Ensemble. The performance was directed by Resident Artist Christopher Swist and Lecturer Amy Garapic.

The first piece titled “Displacement” by Anthony Miranda was performed as a call-and-answer piece, in which the two parts eventually joined together in unison. As the sticks began to move in sync, the simultaneous sound encompassed the audience and continued to grow throughout the song until it met its abrupt end.

Sophomore Avery Ruggles attended the performance to support her friends that were performing and expressed her overall thoughts on the show. “I thought it was good. Every time I come to [percussion ensembles] I’m impressed. I’m not very good at stuff like that so it’s cool to see other people who are crazy talented and able to do musical stuff like that,” Ruggles said.

Ruggles explained that her favorite song was “Terminals Part 1: Departures” by Bobby Previte. The song began with four of the members of the ensemble standing at the front of the stage with their drumsticks crossed. They started to bang out a pattern, but periodically dropped their sticks onto the stage and either picked them back up or reached into their back pocket for their next pair. As the group of four continued to drop the sticks, they began to incorporate comedy into it by doing things such as hitting the sticks out of each other hands.

Senior Eric Dill then walked onto the stage during the rhythmic chaos and began playing on the drumset. The four other performers followed in suit and mirrored the beats Dill played. The song later showcased individual’s work on the washboard, whip and highlight Dill’s performance on the spoons.

First-year Cailyn Brochey performed in her second percussion ensemble on Sunday and was also happy with the show. “Everyone worked as a team and it really brought us together. It’s a great way to send our seniors out. I thought it went well,” Brochey said.

The performance concluded with the piece “So Long Eric” by Charles Mingus. The song featured Carol Jean Swist, Christopher Swist’s mother, on keyboard, and senior Callie Carmosino on flute.

After the ensemble members played their last note, they all looked around the stage at each other, smiled and then laughed.

Erin McNemar can be contacted at emcnemar@kscequinoxcom 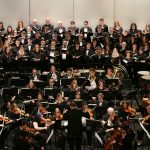 A multitude of music Previous
Commitment to community Next 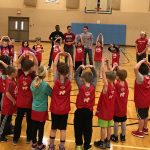