KSC senior women and gender studies major Katherine Briefs organized the event and said, “[The walkout’s purpose is] to remember and honor the lives of gun violence victims and survivors.” 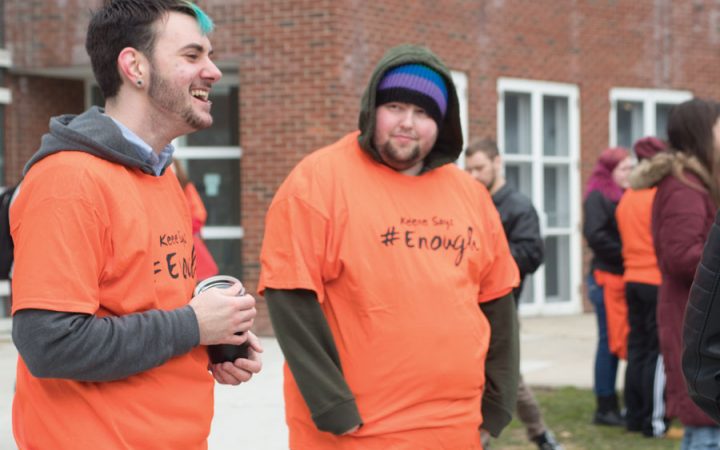 She added that she hoped the event could show new perspectives to students, especially those who have had personal experiences concerning gun violence.

KSC first-year psychology major Grace Frost volunteered and spoke at the rally. “I think a lot of students… aren’t affected by gun violence personally. It’s not that they don’t care, they just don’t really know how to care about it, and they aren’t really educated,” she said. “The purpose of this rally is to be educational and let people know what is happening and how gun violence can affect you, even if it seems like it won’t.”

Frost added that 96 people die every day from gun violence in America, “This can happen to anyone. It’s not just in school shootings. It’s in small rural towns and big cities too.”

Frost said, because she is from Newtown, Connecticut, where Sandy Hook Elementary School is located, she knows first-hand how gun violence can affect people’s lives. “My whole town thought, ‘That would never happen to our town,’ because Newtown is such a small community.” She added, “I think people hearing it from people who experienced it will be very powerful and I want to have people hear my voice.” 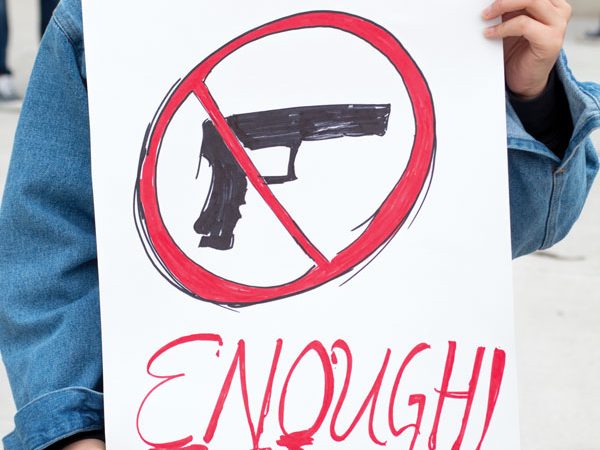 Frost said she had never spoken in front of people about the 2012 Sandy Hook Elementary School shooting before this event. She said she wanted to speak because she believes her voice can make a difference.

Frost added that people don’t seem to realize how a small action can cause a ripple effect and create a larger change in the community and the country. “I think a lot of people think their voices aren’t as loud as they seem, but they are,” she said.

Frost said she believes her generation and the younger generations are the people who will be able to change the future.

Many KSC students are ready and willing to do their part to bring about that change, and thus they began planning the April 20 event.

Briefs said the idea came together during the original marches that were occuring nationwide. “I mentioned to a bunch of first-years that I knew [that I was going to the Washington March and asked], ‘Does anyone want to come with me?’” she said, “and the hands went up. Dozens of hands went up.”

As the Feminist Collective’s President, Briefs coordinated and raised funds with KSC first-years Maura Cavagnaro and Jack Hanson to send two full vans to the Washington March for our Lives in Washington, D.C. on March 24. Briefs said the event leaders wanted to bring the notion back to the college and began planning for the #Enough walkout. 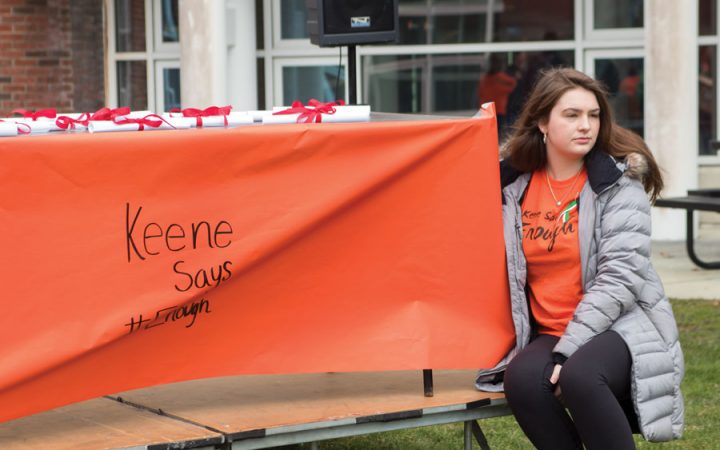 Frost also went to the Washington March, but with her hometown of Newtown, Connecticut. She said 400 Newtown residents went down to Washington D.C., and she felt like she had to do something here at the college, so she got involved with the #Enough walkout.

The Feminist Collective met throughout the months of March and April to plan for the rally.

Briefs said it was only natural that the event be held on April 20, the 19th anniversary of Columbine, and the day of another national school walkout.

She added, “It became clearer and clearer to us that this is an issue that people need to be informed about… they can’t criticize policy if they don’t know what the policy is.”

Briefs said she found people at the march who didn’t know all of the policies. “They knew that people were dying. They knew that this was a serious issue and something had to be done, but no one really knows how gun violence affects so many different communities.”

After the main event on the student center front lawn, students had the option of going to two separate break-out sessions, which consisted of three presentations.

Briefs said she wanted to give students the opportunity to choose what they want to learn.

KSC first-year elementary education and english dual major Tom Lupetin said he heard about the event from classmates and students living in his hall. He said he was inspired to join the walkout in hopes of it promoting restrictions on selling assault rifles.

Although he doesn’t have any personal connections to gun violence, Lupetin said he plans on becoming an educator after college. “I think it is important to know how my classroom [could be attacked and understand] certain laws that could be in place when I am a teacher.” He said all education majors here are affected by all school shootings and that students need to know how to react to protect their future students and themselves.

While this event seems to be important for future educators and the college as a whole, some believe this may also aid those already hurting by past gun violence occurrences.

Frost said people tend to put on a front and hide their real emotions. “I hope this event will help me cope with what I’ve been dealing with and struggling with for the past five or six years… I think this will help me further the process of grieving.”

Frost said she hopes that other students here from her hometown will gain hope from seeing her represent their suffering. “We’ve had enough. This has been going on for so long. It should have stopped even before Sandy Hook happened,” she said.

Cavagnaro also said that these shootings target a lot of communities here at the college as well. “This has been happening all the time in communities of color, with people in the [L.G.B.T.] community, domestic violence, sexual assault — this isn’t just happening [for the first time], and the school is trying to get that message out.” She said the event is to show people what change they can make.

She added that the rally was not just intended for those on campus, but also for those in the Keene community who have suffered from domestic violence, those who have been marginalized in the L.G.B.T. community and other victims often hidden in silence.

Lupetin said that this event helps people’s voices be heard by bringing students, faculty and staff together.

“As long as people listen, I think a lot of people here have good things to say  and, if people just want to open their ears and they want to make change for Keene, they can,” Lupetin said. For more about why students attended, see B2. 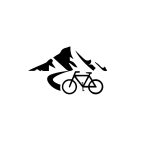