Language is often characterized as creating barriers, but Keene State College is determined to build bridges between people and countries.

KSC’s French Club took its annual trip to Montréal, Canada, during this past Easter weekend. 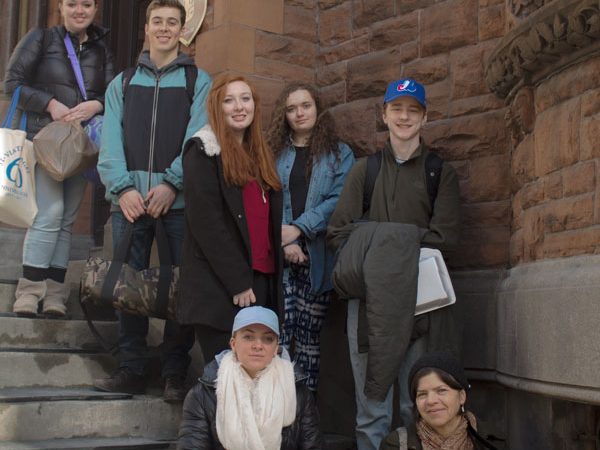 “We’re right in the heart of the French-speaking country, we’re lucky we live so close to the Canadian border,” KSC senior and environmental studies and French double major Ezra Richardson said.

“It was a great time [getting there], driving always brings the best out of people,” he said.

As the club’s president, Richardson was responsible for planning the trip, driving the students to their destination and making sure all the operations moved smoothly.

After about four hours, the group arrived at the Auberge Bishop Hostel, where the students shared quarters with people from all over the world.

Throughout the weekend, the French class explored this part of the French-influenced Québec province and got to exercise their language skills.

“We went to the Fine Arts Museum and this month it was free for people under 30 [years of age], too,” KSC senior and French and secondary education dual major Alexis Lorden said.

KSC junior and French major and French Club’s vice president Lisa Shea said, “It was really interesting to see so many artists… it was really eye-opening. I had a great time. I think we all did.”

Afterward, the students traveled all over Montréal by the underground Métro system, which can get confusing for non-city dwellers.

With the guidance of Lorden, who had spent a semester in Montréal, the group was able to get used to the above and underground public transit systems without too much hassle.

While free-time was given throughout the weekend, many students traveled to locations like Downtown, Old Port and Chinatown to shop and meet the residents of Montréal.

“Right now I would say [my favorite part] was just walking around, seeing Chinatown, visiting local markets, trying out the food and everything,” Shea said.

“It’s just been really, really fun … [In Chinatown] we saw a bunch of foods like mochi, just like cute little trinkets, lanterns and a bunch of neat stuff like that.”

Before heading back to the hostel, the group stopped by a local-favorite restaurant named La Banquise for the Canadian-classic food, poutine.

The all-day dish in its basic form is french fries, gravy and cheese curds but there are dozens of options to add meats and/or vegetables.

“We have it in the United States, but it’s just not as good as when you get it here. I just love poutine.” Lorden said.

Richardson said his favorite part of the trip was how the club members came together to eat dinner each night and shared each other’s experiences of the day.

One place was Crêperie Chez Suzette where many students tried classic French dishes such as escargot and (dinner) crepes.

Not afraid to practice a foreign language, the KSC travelers were willing to use menus written in French and speak to the restaurants’ waitstaff.

The people of Montréal were supportive of others trying to learn and speak French. Many restaurant servers and citizens recognized the students’ efforts and would slow down and speak “Franglish” (a mixture of French and English that helps bridge the language barrier) to keep conversations.

They greeted the students with positive smiles and accepting attitudes, making them comfortable in the new location.

Richardson said he hopes the club continues and grows in the following years as he graduates in May.

“I hope that it can gain momentum and gain some new members. I feel really lucky to have some first-years, second-years and third-years on board… the French major is very small in itself, but [having] faculty that support the trips is a very big deal and [is] very important to the club, and having engaging students who are willing to put the time and effort in makes a big difference as well,” he said. 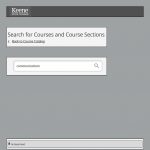 Miscommunications in course offerings Previous
Shedding light in the night Next