Students perform in ‘An Evening of Dance’

From April 18 through 21, the Keene State College Theatre & Dance department presented their annual production of An Evening of Dance.

The show began with all the performers and choreographers walking onto the stage performing Pina Bausch’s “Nelken Line.” The Redfern Arts Center held a class teaching participants how to do the dance back in March, and then performed it in the L.P. Young Student Center the following day.

The performance was composed of eight dances divided in the middle by an intermission. The evening showcased new choreography created by students, as well as pieces that were presented in the Choreography Showcase last December.

Although she didn’t perform it in December, sophomore Alayna Massie danced in one of the pieces from the Choreography Showcase and explained the difficulty of learning it. “There was one member that already knew the dance, so we had to pick it up with her,” Massie said. 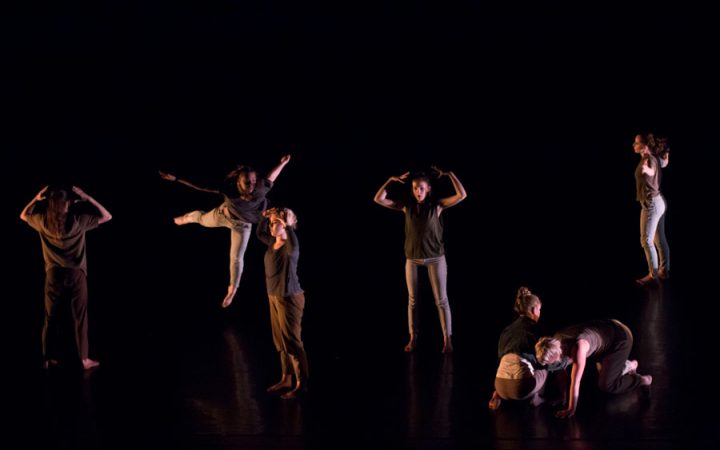 While all the dances were in the category of contemporary, each one showcased different emotions or styles. The dancers carried out those emotions through both their movement and their facial expressions.

In this piece, the four performers, Sung-ki Carty, Jacob Lavoie, Kelsey Walsh and Posner, were instructed to play goofy characters as they danced around the stage to the upbeat music, which left an impression on audience member Ian O’Brien.

O’Brien said “Ms. Vanderzanden Goes to the Flea Market to Find the Most Peculiar Flock” was his favorite piece of the night. The former KSC student attended the event both to support his friends and to enjoy it. “It’s always great. It’s always fun. I love Evening of Dance, and I come every year,” O’Brien said.

When asked what she finds the most difficult about learning a dance leading up to a performance, Posner said, “The commitment to performing to my highest at every rehearsal and really dress rehearsal. I kind of like to leave that for the performance and on stage.”

Posner, a chemistry major, concluded by explaining the inclusiveness of the Dance and Theater Department at the college. “We’re such a family, but we’re not a big family. Dancer, non-dancer everyone is welcome in our community. We’re trying to expand it,” Posner said.

The performance ended with a large group number to the Queen classic, “Bohemian Rhapsody.”

Happy Anniversary Previous
Are you in any organizations on campus? Next 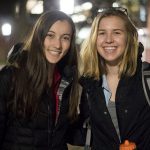