EcoReps in the process of planning spring Solarfest

It can be easy to take the environment for granted. The Earth is full of many natural resources that give life to all living beings. In a technologically-oriented society, it is easy to forget where our roots began. Every April, people take it as an opportunity to not only celebrate the Earth, but raise awareness on how a person can impact the planet, whether positively or negatively. Earth Day is approaching, and so is Keene State College’s Solarfest. For 23 years, Solarfest has welcomed bands on campus, as well as provided activities and tables where people can get educated about the environment. With the amount of resources it takes to power a stage and band equipment, it can often be ecologically unfriendly. KSC Campus Ecology Vice President Erik Labieniec said this is why Solarfest is powered by two solar panel trailers.

Labieniec said Solarfest was once more music-focused than environmentally-focused. “In previous years, I think before a lot of the members that are on this eboard were on it, Solarfest focused a lot on music and just being a cool music festival,”  Labieniec said. “I felt that it was problematic, so we tried to roll that back and say, ‘How can we make this about environmentalism again? How can we gear this more towards making people environmentally conscious instead of having a good time at a music festival?’”

According to Labieniec, there will be larger bands from the east coast and more activities, vendors, and t-shirts to sell, as well as some surprises. One of the activities is tie-dying t-shirts with organic-fruit based dyes.

KSC WKNH Events Coordinator Coraline Seksinsky said there will also be henna, face-painting and possibly a dog parade. Some of the bands playing this year are pop-punk band Weakened Friends, rapper Pink Navel, headliner psych-rock band Sun Parade, alternative-indie band Jelani Sei and headliner lo-fi band LVL UP. Seksinsky said not only is Solarfest important for ecological awareness, it is also important for musicians who don’t get many opportunities to rise. “I think it’s important because it gives the student body a real good and direct link to bands that are up-and-coming bands that might not have the means,” she said.

KSC first-year Camden Merritt is a part of the Fair Trade Club,  which will be holding an activity called cornhole, a game where a participant throws bean bags in two boards with holes in them. Merritt said she is interested in going because of the positive things she has heard about the event. “My club that I’m involved in, Fair Trade, we’re doing something for that. I just heard it’s really fun and I love to go and see what it is,” Merritt said.

KSC Audio Technician Collin Coviello, who is helping with setting up the bands and stage, said he finds Solarfest to be fun and sustainable. “It’s a lot of fun. There’s a lot of different kinds of musicians there, a lot of different kinds of people because we’re all united under the tradition of Earth Day and the tradition of celebrating the natural world and our efforts to help it at Keene State College,” he said. “No matter what kind of social group you’re in, you are impacted by environmental change, like with the air quality and all that stuff. It’s fun to come under a group of like-minded individuals that just all love making music and love the planet.” 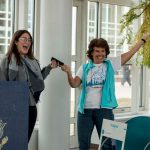 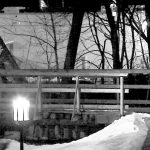