A multitude of music

Music students and alums perform as one

The Main Theatre of Keene State College’s Redfern Arts Center was lively and energetic on Wednesday, April 4, when about 100 musicians performed. 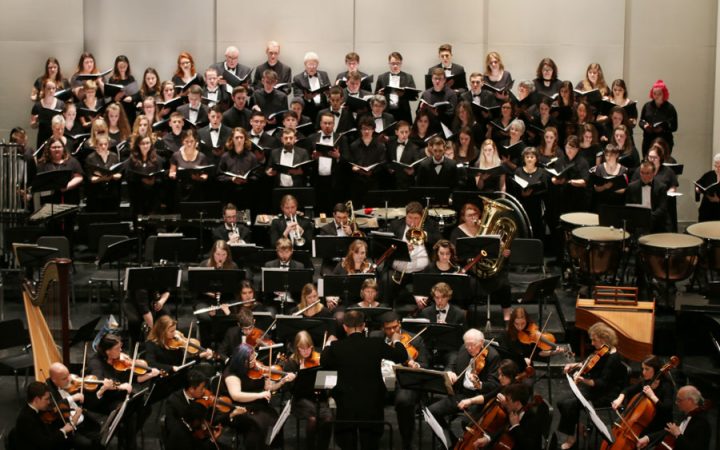 KSC music professor James Sharrock, who conducted the orchestra, said the event, New Hampshire Originals: From the Beach to Monadnock! was “a wonderful night of musical experiences; lots of color and lots of variety, very soft to very loud, very serious to very passionate… It was just a wonderful evening.” He added that he was honored to be the conductor.

KSC senior and music performance major Callie Carmosino said she likes to be involved in events at the Redfern Arts Center. “I try to play in every ensemble that  I can. It’s so much fun to have the experience of playing as an ensemble member and as a soloist.”

She added, “This is my last orchestra performance here as a student.  It’s so strange. This doesn’t really feel like it’s over, but it was good way to go.”

KSC senior Emily Mathieu said she didn’t know the event was happening until half an hour before it started. Mathieu said, “It’s amazing… [I] just jumped right in because I love the orchestra.”

Mathieu said, “So far, the highlight would be… Jon Way. …He graduated last year from Keene State and he’s already composing and he’s able to come back here and show what he’s been doing.”

For James Sharrock, the big part was “the overall musicality, musicians taking notes that are on a piece of paper and then transferring them to the air, communicating emotions throughout the music.”

Carmosino said her favorite piece was “Monadnock in October. That piece is just so cool, so cool that it’s written by a local composer… I loved it.”

KSC sophomore Sarah Ames, who was part of the 70 voice choirs said, “We’ve been preparing since the beginning of the semester. The community members have come in for rehearsals once a week, just working on little pieces of music. We just put it together as an orchestra last Monday.

The presence and performance of KSC alumni was taken very positively. “I think it really shows how far they have come and what they have done since they have been here and gone out in the real world… [They] bring back their experiences to us,” Carmosino said.

Sharrock said, “The value of KSC alums coming back and performing is critical; we are a small, very active music department here [and] we are very grateful to have them.”

Ames said, “It’s a good way to show that we are definitely a community here.” 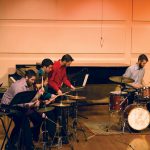 A multitude of music