Start off with a bang

The Bang Group performs at KSC

Keene State College was introduced to new flavors of dance in a classical and jazz mixed performance by a dance company based in New York. 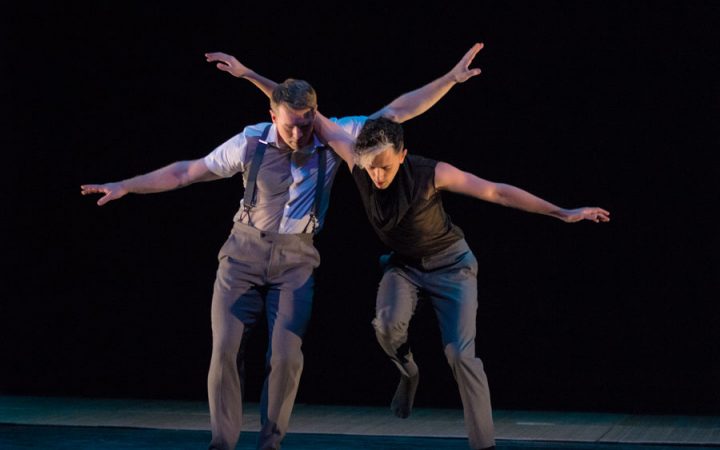 The Bang Group (TBG) has performed in 13 countries in addition to the United States, including Germany, Italy and the Netherlands. On Friday, March 23, the international troupe came to KSC’s Redfern Arts Center for their dance production titled A Mouthful of Shoes.

Since their founding in 1995, TBG has been most known for their unique use of body percussion or “Body Music.”

Body percussion is the art of making sounds through actions such as stomping, clapping, snapping and patting.

Co-founder and choreographer David Parker said the performance was named for the amount of different types of shoes, or lack thereof, used to produce multiple rhythmic sounds from the human body. 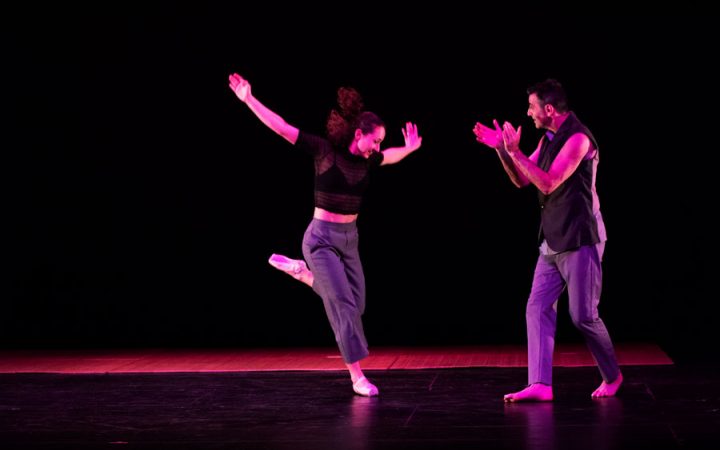 Harris said, “I feel like [the dancers] are musicians.” She added that the combination of movement, percussive dance and music created a special type of ensemble and the night became more of a musical experience than a mere dance performance.

The troupe’s opening piece “Slapstuck” consisted of two performers in fully velcro suits creating music solely through stomping and through sticking together and pulling apart portions of their suits.

The rest of the night featured various dancers creating well-known jazz and classical music through the art of dance and body music.

Whether in tap shoes, toe shoes or even barefoot, the troupe brought a serious and comedic view to their work.

KSC first-year Claire Fifield said the performance was indescribable. “It was really energetic and funny in some parts,” she said. Fifield added that each piece seemed to show relationships between the portrayed characters, as if they were conflicted or angry with one another.

KSC Coordinator for Energy and Administrative Services Diana Duffy said, “[The performance] wasn’t just performative; the dances were constantly communicating with each other.”

She added that TBG utilized both rhythm and dance and created an upfront sense of communication.

As a music major, Fifield said the classical works shown were well represented throughout each performance.

“I think they did very well,” she said. “They can’t capture all of it with just rhythms, of course, but what they did capture was very well done.”

After the performance, TBG stayed for a question and answer panel, during which Parker said college students shouldn’t be afraid of the unknown, but rather should be motivated to learn more about it. 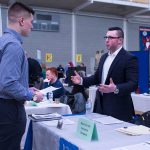 Your Future Fair Previous
Poems by Isabel Next

Start off with a bang