Advertisements are everywhere these days, whether we see them physically on a billboard or virtually on a website. Applications for phones (Facebook, Instagram and Snapchat to name a few) tend to have advertisements sprinkled throughout their feed. Most ads seem to be personalized for the viewer, for example, if you look at a pair of shoes online, you might see that same pair of shoes on the sidebar of your Facebook feed later on. 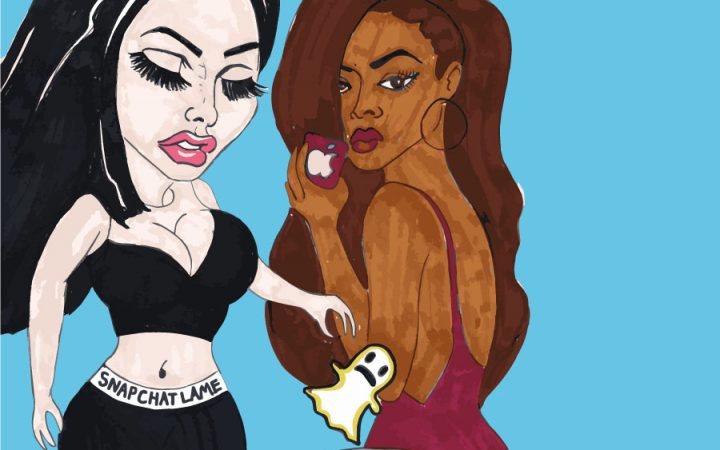 According to the Federal Trade Commission (FTC), “Advertisers believe you’re more likely to click on an ad targeted to your specific interests. Some ad networks gather the information apps collect, including your location data, and may combine it with information about your Internet browsing habits or the kind of information you provide when you register for a service or buy something online.”

The FTC also says that the reason some apps have advertisements is because, “Developers want to provide their apps as inexpensively as possible so lots of people will use them. If they sell advertising space in the app, they can offer the app for a lower cost than if it didn’t have ads. Some developers sell space in their apps to ad networks that, in turn, sell the space to advertisers.” While there is no way to avoid ads on some apps, there has to be some way for ads to be screened.

Snapchat recently ran an ad for a game called, “Would You Rather?” and the example question shown on Snapchat asked if the user would rather slap Rihanna or punch Chris Brown. This extremely distasteful ad went viral when Rihanna herself responded to it. Rihanna took to Instagram to question the intention of the ad. Rihanna posted, “You spent money to animate something that would intentionally bring shame to DV [Domestic Violence] victims and make a joke of it… all the women, children and men that have been victims of DV in the past and especially the ones who haven’t made it out yet… you let us down! Shame on you. Throw the whole app-ology away.”

Snapchat responded to the incident by releasing a statement that said, “We are investigating how that happened so we can make sure it never happens again.”

Fans of Rihanna took her words to heart when it came to throwing the app away, according to CNN. “Her remark sent Snap (SNAP)’s stock down nearly 4 [percent], erasing nearly $800 million from its market value.”

While it is probably a good idea to make sure this never happens again, it would be an even better idea to ensure that this would never happen in the first place. There should be a more intense screening process when it comes to ensuring that ads do not commit harm unnecessarily. Rihanna is not the only celebrity to have an impact on the stock of Snapchat. Kylie Jenner also expressed her distaste for the app in a tweet she sent out on Feb. 22, just a few weeks prior to Rihanna’s statement. Jenner’s words cost Snapchat six percent of their stock, which equates to $1.3 billion, according to CNN.

Whether people are deleting the app because of a favorite celebrity’s request or in response to unpleasant advertising, Snapchat is paying the price. Although they are probably kicking themselves now for not catching this offensive advertisement, hopefully they will be more careful in the future when monitoring ads that appear on their app. This should be a lesson in advertising: be careful with what you publish because you never know how an “innocent” ad could be misconstrued or upset someone.