In schools across the country, lives have been taken by bullets. This has sparked a nationwide conversation on gun control between many. Some believe the United States needs more gun control, but others, like New Hampshire Republican Representative Jim McConnell, representing Richmond and Swanzey, think differently.

Before serving as a New Hampshire representative, McConnell said he worked on Wall Street, served in the Air Force and acted as the secretary of a conservative party in Manhattan, among other jobs. He graduated from Pennsylvania Military College in 1968 and U.S. Army War College in 1986, according to his biography on the New Hampshire General Court’s website. McConnell said he identifies as a “very conservative, libertarian republican.”

Multiple topics were discussed at the press conference, but the main conversation focused on gun control.

Students asked questions in regards to a New Hampshire House Bill that would legalize the carrying of pistols and revolvers on public college campuses such as KSC.

Although the bill did not pass, McConnell said he supported the bill. “I believe that, quite frankly, more firearms make the world a safer place,” McConnell said. “If you were carrying a gun right now, it wouldn’t bother me in the slightest.” When McConnell was asked if the survey results would change his view, he said they would not.

At least one student, sophomore journalism major John Budenas, said he was “not surprised” by McConnell’s comment.

However senior communications major Vicky Papadopoulos, had other thoughts. “He was really straightforward, and at the same [time] he didn’t really care about other people’s feelings when he was speaking,” Papadopoulos said.

McConnell also said he wants to “end gun-free zones.” “[Gun free zones] are an invitation for people like [Parkland school shooter Nikolas] Cruz who want to do harm,” McConnell said.  On Feb. 14, Cruz shot and killed 17 people at his former high school, Marjory Stoneman Douglas High School, in Parkland, Fla. According to CNN, it’s one of 12 school shootings in 2018.

In the case of school shootings, McConnell said he does not believe more thorough background checks would have prevented shooters like Cruz from obtaining a gun. “You know there’s a black market in a lot of things, including firearms, and if somebody really wants to get one, they can,” he said. Additionally, even if there was a more tedious process to obtain guns, McConnell said he believes the number of school shootings would not change.

McConnell said he does not carry a gun on him for protection. “I’ve never felt the need or never been interested in [carrying a gun for my own safety]. But if, as I mentioned, if all of a sudden we had a series of rapes here in Keene, yeah, I’d carry.” He said carrying a gun would be “too much trouble,” and described carrying a holster as “cumbersome.”

Though McConnell does not carry, he said he does own various guns that he uses for bird hunting. He did not state the number of guns he owns. He said he is also a lifetime, benefactor member of the National Rifle Association (NRA).

Despite not carrying, McConnell said he’s a “strong proponent of people carrying, particularly women.” When asked if simply the idea of being able to carry gun might instill fear into someone, McConnell said “absolutely.” In one example, McConnell said he was driving in Florida when he saw a woman being pulled into a car by two men. He confronted the men, and asked them what was happening. He said the men exchanged a “this is not good” look because “they assumed [he] had a pistol,” since Florida allows a concealed carry. “They looked at me and that’s clearly what motivated the horrified looks,” McConnell said.

In other business, McConnell also discussed voting rights in New Hampshire. “Everybody who has a commitment to the state of New Hampshire should be allowed to vote,” he said. However, he said he is strongly against those who vote in both New Hampshire and another state and wants to “prosecute” said individuals.

Other topics discussed included his voting on opioid-related bills, sponsoring of a bill to legalize huffing. His thoughts on the draft, he said, should only include men. According to McConnell, women can only be used in “so many places,” such as “sitting at a computer console.” “But when you’re out in the bush, the weather’s miserable. There are snakes all over the place, leeches all over you. It’s filthy. It stinks,” McConnell said. “It’s hard enough for the men to deal with, and quite frankly when you’re out there, the men are all going to be worried about you… no offense ladies, I love you, there are only so many places we can use you when it comes to the non-technical services.”

For Budenas, the press conference wasn’t surprising until McConnell talked about the draft. “I guess I was just really taken back on his view on men and women being drafted into the military and definitely would like to hear more about how he feels about that now that we also know about how he stands carrying firearms on campuses,” Budenas said. 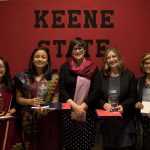 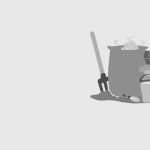