Natural disasters of the past

In the last few years, it seems like there have been more natural disasters than we can count. News of a hurricane quickly turns into news of an earthquake, which then turns into news of a mudslide. Something that seems even harder to count is the cost of the damage from all of these natural disasters. Relief efforts for victims of these events seem to be coming and going as quickly as these disasters are occurring.

According to the National Centers for Environmental Information (NCEI), “There were 16 weather and climate disaster events with losses exceeding one billion dollars each across the United States” in 2017. These natural disasters were on all ends of the spectrum – from droughts, flooding, wildfires, freezing temperatures, and tropical cyclones. The National Oceanic and Atmospheric Administration (NOAA) reported that the damages caused by these events had a combined cost of at least $306 billion.

Being that victims of these events had their entire lives swept away, they do not have the means to rebuild their homes and lives on their own. This is where the general public steps in with fundraisers and donation events. Donating to organizations such as the American Red Cross and UNICEF, which offer aid in the event of a natural disaster, might help, but it only helps so much. Because these events happen so frequently, it is easy to forget previous victims when the next natural disaster strikes.

It is easy to get swept up in wanting to help after a hurricane or other natural disaster. There seems to be a cycle that takes place every time a storm or other event takes place. The storm hits, pictures of the victims and the affected area spread virally, organizations post how you can help them, thoughts and prayers posts are typed and then everyone moves on. Then the next natural disaster hits and the same thing occurs. People get so caught up in posting about the next area they need to #PrayFor, they forget about the previous victims of past natural disasters.

There are still homes that have not been fully repaired in New York from Hurricane Sandy in 2012. It is the same situation for people in Texas after Hurricane Harvey and now in New England after the recent Nor’easter. Yes, it is important to provide help for those affected by these current catastrophes. But it is also important to keep those affected by past disasters in mind as well. These people have to rebuild their entire lives and often depend on donations from citizens across the country.

The year 2017 put the idea of climate change in perspective because of the vast types of events which have occurred. From flooding in certain areas to droughts and wildfires in other areas, it is imperative, now than ever, that we need to be mindful of our actions. For natural disasters that have occured in 2018 and for those that have yet to occur, it is important for everyone to remember. Remember those who cannot help themselves and remember to assist when you have the chance. 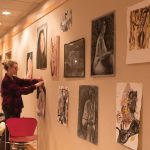 Natural disasters of the past