KSC could be distributing two Posthumous Degrees, or degrees in Memoriam, at May’s Commencement Ceremony for both seniors who died this year. Additionally, the college may be extending the summer semester to allow students to qualify for financial aid.

The KSC College Senate congregated at 4 p.m. on March 21 in the Mountain View Room for their monthly meeting to discuss such topics.

The Academic Policy Committee (APC) reported to the Senate, explaining that they’re in the process of reviewing the policies around distributing two degrees in memoriam for both seniors: Blake Ko Powell and Christian Denninger. Provost William Seigh proposed the idea, but the families of the two students must approve.

One proposal is for a posthumous degree, which requires 90 credits to have been completed. The In Memoriam degree does not have a credit requirement.

Senators said they would be purely honorary, not carry any academic credits and not be reported as academic degrees. They would be distributed at commencement at the discretion of the college administration, and the APC members reported they felt the distribution is “entirely appropriate.”

The APC also discussed concerns reported to them by the science department chairs regarding the withdrawal policy. The policy states a student can withdraw up to the 11th week of the class, but fails to take into account extenuating circumstances, they said. APC members said a “W” on a transcript is not a grade, it’s an administrative action, which they felt needs to be made clearer. They will follow up on this policy at the Senate’s April 11 meeting.

The Academic Standards Committee reported that they reviewed the calendar guidelines and received a proposal to extend the summer semester for financial aid purposes. Doing so would allow students to receive financial aid for the fall, spring and summer semesters because all terms would be equivalent. If passed, it would go into effect the summer term of 2019.

Additionally, the change in grading system required a change in requirements for the KSC Honors Program: a B- and 3.33 GPA. It was proposed and unanimously approved.

Standards surrounding a history master’s degree in archives is being discussed as well; the program has been approved by the  Curriculum Committee.

Lastly, the Senate Executive Committee unanimously voted to update their bylaws to say, “Courtesy of the floor may be extended to any member of the college community. Such courtesy shall be denied only upon objection from the majority of the senators.” Previously, it read that courtesy of the floor was only extended “by request of a senator,” but the language was changed to reflect what has been done throughout the year.

They also shared that the program elimination guidelines will not be discussed in the immediate future.

On April 11, the next Senate meeting, the final language for the new learning outcome in sustainability will be brought forward.

The Senate will meet in the Mountain View Room at 4 p.m.. 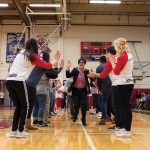 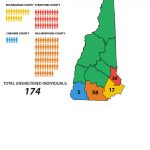