Keene State College is home to hundreds of events every year, and one event in particular is making an effort to break the stigma surrounding mental illnesses.

KSC’s Active Minds collegiate chapter hosts events that spread awareness on mental health and is the gateway for acceptance and finding help for students currently suffering from daily struggles with mental health issues.

Every semester, Active Minds and Psi Chi (Psychology Honor Society) pair together to hold the “Mental Health Discussion Panel.” This spring, it was rescheduled to March 20, 2018.

This semester’s participants were scheduled to speak on many subjects, such as depression, anxiety, bipolar disorder, various eating disorders and other daily struggles students face.

KSC senior and early childhood education and psychology double major Isabelle Rose attended last semester’s panel and said she held the same excitement for this one. “I feel like [the panel] is a very beneficial event,” she said.

Rose added that mental illness is not talked about enough, so the panel is a great event in terms of getting awareness spread. Rose said students get a lot of different perspectives when attending the panel. “I feel like this event is eye-opening to a lot of people,” she said. “A lot of people don’t realize how many of us struggle.”

She added, “[The panel] really benefits everyone who goes because you realize we’re all more connected than we are different.”

KSC senior, psychology major and Psi Chi president Thomas Davis said the panel is one of the most important events held by Active Minds because of the large number of students who only have a prior knowledge of mental illness from the television and the cinematic world. “You get to really see that human aspect [of mental illnesses],” he said. “It’s not this dramatized, stigmatized version that everyone thinks of.”

One panelist said she is very passionate about getting the word out about mental health and getting others to listen to those needing help. “It’s one thing to go to a therapist, but when you approach a friend saying, ‘I’m having this issue and I really need someone to talk to,’ people need to know it’s not this huge scary thing,” she said. “All you need to do is sit there and listen.”

She said one reason for joining the panel is to show students what problems some people go through on a day-to-day basis.

KSC senior, psychology major and Active Minds president Courtney Heck said, “[It’s important] to have students you see walking around campus, who are in your classes, or you see in the [Zorn Dining Commons] talk about their experience because it kind of brings it home for people.”

Heck said Active Minds’ goal at the end of each panel is to show students on campus that they are not alone. To help achieve this goal, the panelists shared a wide variety of different mental illnesses.

One of the panelists, said she has dealt with depression, anxiety and an eating disorder for many years. She said it is important that students hear and see individuals with similar stories to them. “Everybody who’s on the panel definitely has loads of advice they’d love to share,” she said. “We all have tips we can tell you about how to recognize when you or a friend are struggling, how it feels to reach out to someone [and] how it feels to have someone reach out to us. It’s all very important.”

The panelist said the panel is also there to give students a way to look out for their friends and see signs for very dangerous situations.

Psi Chi president Davis, said those who suffer from depression are not in a constant state of sadness or wanting to commit suicide. He said others are often confused by seeing people labeled as “depressed” be able to show happiness instead of a constant sadness.

“[The panel] is important to not only show what mental illness is, but what it isn’t,” he said.

Davis also said it is easy to ignore the signs of a potentially dangerous mental and/or physical state, especially when common misconceptions of mental illnesses can cause people to invalidate student’s emotions and what they are dealing with.

Davis said it’s scary being in situations where students may be suicidal and others have to ask the question, “Are you thinking about killing yourself? He said because they are scared of the answer being yes, people end up avoiding the question and inviting their friend to go out to drink or to other social gatherings.

Davis said that avoiding or invalidating the problem does not solve it. “You learn to close off and just not tell people about it,” he said. “People just end up pushing it off and saying, ‘Eh it’s nothing,’ and that’s what we are trying to get rid of.”

Davis added, “We try to say, ‘Please don’t push it off,’ because you never know what it could be.”

While everyone participating in the panel has a similar goal to reach out to students here on campus and push them to take the first steps into healing, one panelist said there is nothing wrong with asking for help.

She said that people may feel inadequate and may be too afraid to ask, but once a student takes the first step in asking for help, she said the next few steps are a lot easier.

The panelist said, “The biggest thing we hope people take away from this is that it is okay to struggle… There is always someone willing to listen.” 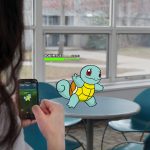 PokémonGo on campus Previous
Conversations about religion Next 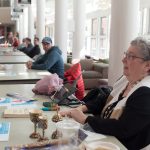