Can the Information Technology (IT) Group at KSC view our internet activity? 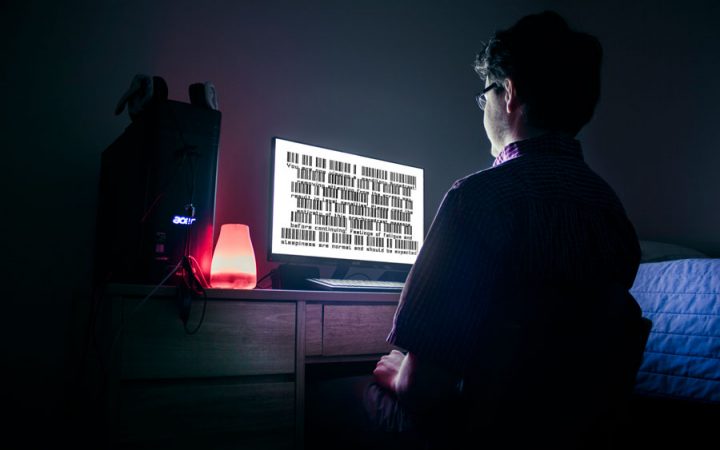 The IT Group, who manages and maintains the KSC network, has the ability to view our personal internet traffic.

But it is more than just a black and white, yes or no issue.

Since only a few members can access that information, a more thorough answer is required to properly explain the situation.

A KSC student must agree to the Computer and Network Use Policy before accessing the school’s network. Most students are unaware of this policy, though it does not necessarily contain vital information.

Generally, the policy overviews the terms of use, the rights you hold as a student and the rights the IT Group holds as network managers.

“I would guess that people don’t know about it,” KSC sophomore Matt Rakowski said in response to whether or not other students are aware of the policy.

But is there more beyond the policy alone? As stated in the IT Group Responsibilities section, “The IT Group does not actively monitor network traffic or view content. However, while researching computing and/or network issues, system administrators or network administrators may need to use tools or utilities that expose content or users’ internet habits.”

Laura Seraichick, the IT Group’s Chief Information Officer, says students should not worry about possibly being exposed.

“Not everyone has access to that,” Seraichick said. “Only the security manager and the network engineer have access on this campus. Not a lot of people have time to be doing that.”

Serious and understandable reasons for viewing a user’s internet traffic is for violating the Computer and Network Use Policy.

Examples of violations would be trying to monitor or analyze network traffic, harassing individuals through Keene’s internet, downloading illegal content prohibited by the U.S. government, etc..

Violations of the Computer and Network Use Policy do not happen often, according Seraichick.

Seraichick said though a user’s personal traffic would not be monitored, collecting data and monitoring the network is important.

“We know where our most traffic is and what are the protocols. Those are Netflix, that’s where a lot of people are consuming bandwidth, on those kinds of things.”

While some people may be surprised to learn about data collection, Kole Nunley, a computer science major at KSC, is not.

“If anyone is to collect our data, it should be academic institutions because they’re not motivated by profit or control powered like a government would [be] and they can use the information strictly for research and education purposes,” he said.

When it comes to computer networks, especially large networks such as a campus, there are many entities involved in ensuring the internet is reliable and sustainable.

The IT Group only plays a part in managing the network, and there are other contributing entities who could access our data as well.

In a world with increasing reliance on the internet, it is only natural that individuals should investigate how to keep their data safe and learn whether or not it is accessible to others.

Garrett McNamee can be contacted at gmcnamee@kscequinox.com