Commencement gowns to eliminate millions of plastic bottles from landfills

Pollution has been an issue many people are all too familiar with. 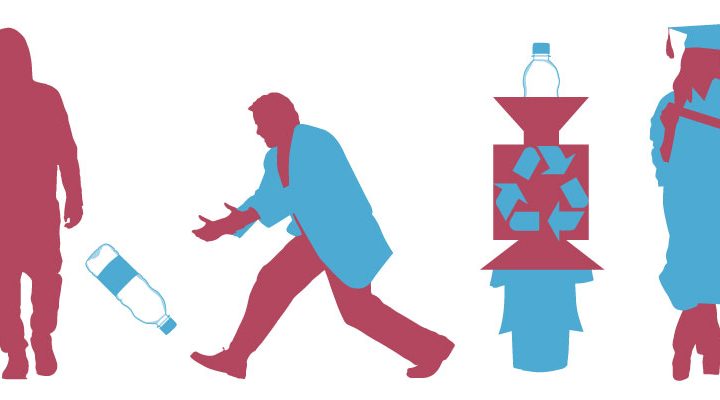 According to Columbia University Earth Institute’s website, 8.8 million tons of plastic bottles end up in the ocean every year.

In landfills, plastic bottles can take up to 500 years to decompose.

Plastic in landfills can also leak contaminants in the soil and water, which are often eaten by animals that mistake it for food.

A study conducted by Newcastle University found plastic in the stomachs of deep sea animals in the trenches of the Pacific Ocean, which were most likely from plastic water bottles.

Keene State College, in effort to be sustainable and reduce the carbon footprint, uses graduation caps and gowns that are made out of recycled plastic.

KSC Recycling Coordinator Matthew Bacon said KSC has been using these gowns since before he arrived. Bacon said he feels using them is a good use of resources because they are using a material that can be recycled over and over again.

“The majority of caps and gowns being made at this point, I’m pretty sure at least, are being made out of some sort of recycled plastics just because gowns themselves are a traditionally one-use product, so there’s no point in using brand new cottons or textile materials for it,” Bacon said.

Head of Sales and Marketing at Oak Hall Caps and Gowns, the company that supplies KSC’s graduation caps and gowns, Lee Beekman said it takes 23 plastic bottles to make one gown.

GreenWeaver, a line of graduation gowns and caps made of recycled plastics, was created nine years ago, with the purpose of reducing plastic in landfills.

Beekman said 500 schools use GreenWeaver’s gowns, which means they eliminated about 97 million plastic bottles from landfills.

“Any time you have the opportunity to take something that normally was going to be waste, just sitting in a landfill and basically not only not doing something positive but actually negatively affecting the environment, obviously it’s a bad thing,” Beekman said. “So when you’re given an opportunity to just correct something like that in the business or workplace, the question really becomes, ‘Why wouldn’t you?’”

The process of turning recycled plastic into soft usable fabric is a long process. Bottles are collected in landfills and are shredded.

The shredded plastic chunks are heated into liquid to get rid of impurities. The plastic is then put into machines that stretch it into long fine fibers.

The fibers are then made into fabric. Because they are made out of plastic, Beekman said, they can be recycled, melted and remade into new gowns.

KSC Eco Rep Lindsey Ljungberg said when she graduates in the future, she hopes the college will continue to supply students with them.

“I’m a freshman, so it doesn’t really affect me right now, but I hope they continue to do that because it’ll feel good when I graduate knowing that the caps and gowns are made from recycled goods,” Ljungberg said.

Bacon said students who don’t plan on keeping their graduation caps and gowns can recycle them at the college.

Students can put the gown in a gown recycling container that is typically found at the commencement ceremony on the side of the stage. 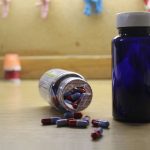 ‘The overdosing of America’ Previous
KSC to partner with Tufts Next 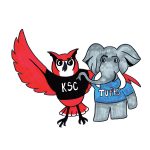