“We are the champions, my friends.”

For the first time ever, the Philadelphia Eagles have won a Super Bowl.

Beating five-time Super Bowl champions the New England Patriots wasn’t easy, and it wasn’t something many expected to see.

The Eagles came in as the underdogs, but left on top.

And I, a native of Philadelphia, just so happened do be in the heart of Patriots nation when the game went down.

Being born and raised minutes outside of Philadelphia, I am an Eagles fan through and through.

I memorized the Eagles cheer when I was only four years old, and watched games with my dad whenever I could. I bleed green. My family bleeds green. My city bleeds green.

Watching the game amongst Patriot fans was what I expected — entertaining and full of humorous arguments. “This doesn’t mean anything,” my friends would yell when the Eagles scored. “We’re a fourth quarter team!”

However, the Patriots were not a “fourth quarter team” this time.

In the last two minutes of the game, I sat on the floor, my body pumping with adrenaline, and thought to myself, “This is it. We’re gonna win this. We’re gonna go down in history.”

Watching the green and silver confetti fall to the ground of the US Bank Stadium in Minneapolis, Minnesota was a beautiful sight.

The Eagles had won their first Super Bowl — with a second-string quarterback, many injured players and a head coach who’s only been a head coach in the National Football League (NFL) for two years.

The Eagles defied all odds.

Meanwhile, in Philadelphia, fireworks were set off and fires were started as people swarmed onto the streets and celebrated. Windows were broken; light poles fell over; and street lights were climbed.

Although I wish I was there to witness everything and celebrate with my family, I’m glad I got to spend the night in Patriots nation.

After the game, I received multiple “congrats” texts and handshakes from my friends.

Were they upset their team had lost? Probably, but nonetheless, we were all respectful of each other.

That’s how it should be. 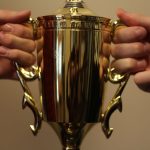 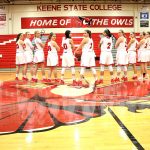