The youth of the 1960s and ’70s are known as hippies, stoners and dope fiends. At Keene State College, students and administration took steps to understand each other’s stance on the culture of drug use. 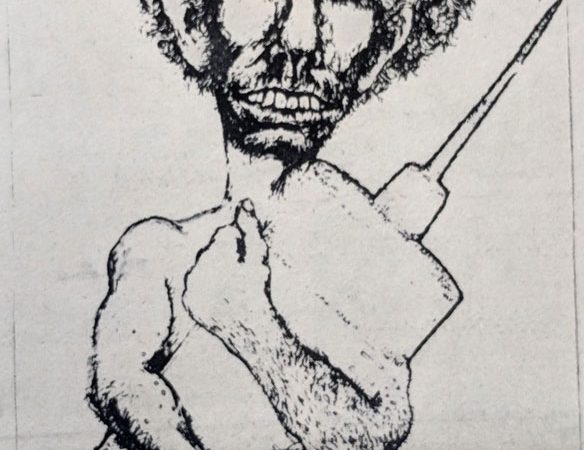 Throughout several weeks in February, 1971, The Equinox educated students about several aspects of drug use through a running educational section called “Dope Notes” and other editorials and graphics. They mostly covered marijuana and opioid use, and included several perspectives on the subjects.

On Feb. 24 they published a Dope Notes piece compiled of information from the U.S. Department of Health, Education and Welfare about commonly asked questions regarding opiates. It defined narcotics and narcotic addictions first, as pain-killing drugs made from opium which cause the user to require more doses and larger quantities to feel satisfied.

The piece focused mainly on the effects of heroin, described as having a relaxing, anti-anxiety effect on the user, and how it affected the lives of the users. It described the life of a heroin addict as being centralized on one thing: getting more heroin.

The piece states, “an addict may have to spend up to $75 to $100 to buy his day’s supply of heroin.” Because of that high cost, and an addict’s continued need for more heroin, they often turn to a life of crime to fund their habit.

Not only that, but heroin users could also get in serious legal trouble from simply possessing the substance. For the first offense, the person could face two to ten years in jail, five to 20 years for the second offense and ten to 20 years for further offenses.

Another Dope Notes publication from February based on information from the U.S. Department of Health, Education and Welfare focused on marijuana, which seemed to be a hot-topic on campus at the time.

The article reported that, according to the President’s Commission on Crime, marijuana arrests had doubled since 1960. However, it also said that, unlike narcotics, marijuana was not found to be physically addicting and studies could not draw a direct correlation between current marijuana use and future narcotics use, rather that using any kind of drug makes a person more likely to try others because of their increased likelihood of exposure or access to such substances.

Despite these facts, the punishment for having, giving or selling marijuana was a felony and is treated as severely as extremely and addicting narcotics.

A marijuana user may face a federally mandated sentence of two to ten years in prison for their first offense, five to 20 years for the second offense, and ten to 40 years for any subsequent offenses; all sentences may also include a fine of up tp $20,000.

Despite the potential legal ramifications, students and faculty at KSC seemed to show a lot of support for marijuana and its users.

The KSC Health Service Director of 1971, Dr. Jacob Wolterbeck, told The Equinox that both the Health Center staff and the administration wanted to be supportive of those suffering from drug addictions. “A person’s illness becomes public domain in a hospital. The police might be notified if a person comes into a public hospital suffering from a bad trip,” Wolterbeck said in an interview, responding to a comment about students’ fear of reprisal for seeking medical attention while on drugs.

Wolterbeck continued, “I’d like to think that I can cooperate with the administration here, that we could speak about the fellow’s problem, speak to him personally before any trouble started.”

Wolterbeck pushed the point that he wanted students to feel comfortable seeking medical attention on campus even if they have been using drugs, without fear that the police would have to get involved. “By and large we’ve been accepting of student drug use, I mean we consider it a personal problem with the student and try to help him work it out,” Wolterbeck said.

Towards the end of the interview, Wolterbeck said something which many people still say today. He said, “The public has to be further educated about the fact that a drug abuser is in need of medical attention, no bars.” Wolterbeck lectured at an in-service training program for police officers to educate them about how to handle drug users and had also spoken with students in Carle Hall about KSC’s views on drug use.

Support for marijuana was shown in other ways as well. An Equinox Letter to the Editor, titled “George did it,” identified founding father George Washington as an avid hemp supporter, and thus rationalized its use in America.

There was also a small promotion for “Fake Marijuana.” This product, a 21-inch high faux-pot plant, could be purchased for $2 to help aid the American Civil Liberties Union (ACLU) in its fight against the repressive treatment of marijuana users.

All of the money raised through these plastic plants went towards funding the Marijuana Civil Liberties Project (MCLP), a national legal effort which contested unjust marijuana laws, provided legal defense to those facing criminal charges related to marijuana possession and appealing such cases to higher courts.

What people understood about marijuana in the 1970s is much different than what we know about it today. The Dope Notes piece reported that marijuana was used thousands of years ago in India as medicine and China to ease the pain of medical procedures.

However, it added, “Unlike other drugs it has no known use in modern medicine. It is used mainly for intoxicating purposes.” While that may have been true at the time, our knowledge on the plant has grown. 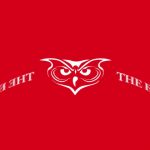