With the new year comes new opportunities for Keene State College and its students. As of fall 2018, KSC will be offering a first-in-the-nation construction safety sciences program, a redesigned computer science degree, a re-named public health program and a newly-added sustainability minor.

In terms of the first-in-the-nation construction safety sciences program, it’s been in the works for four years. In fact, the idea was first suggested to the safety faculty by the parent of a student currently in the safety program, Associate Professor for Safety and Occupational Health Applied Sciences Dr. Wayne Hartz said. 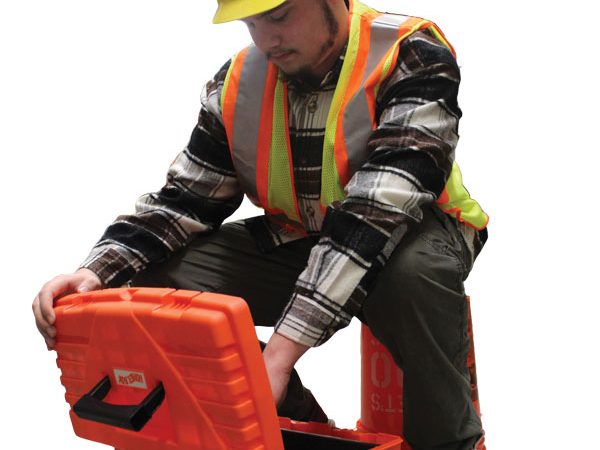 The construction industry accounts for about five percent of the economy, but also accounts for 20 percent of worker deaths, according to Hartz. Because of this and the fact that more than 70,000 people a year die from diseases related to their jobs, health and safety on a jobsite is a “huge problem.”

After consulting with finance and planning, as well as other sources, Hartz and McDonald designed a program outline and budget, Hartz said.

“The goal was to create a budget and a program that would be self-sufficient financially,” Hartz explained, “meaning that we could launch the program [and] run it for three years at no cost to the college, that’s the goal.”

How will this program benefit companies and students? Hartz attributes the benefits to the “graying of the industry,” meaning safety professionals are retiring and the current job demand for these positions is twice what can be produced.

Aspects such as those may have contributed to the popularity of KSC’s safety program. “Our program had such fast growth that we didn’t keep our attention focused on the quality of the program, and we are in the process of increasing the rigor of the program.

Additionally, with only five full-time faculty members teaching in the program, the faculty to student ratio is 1:80, and the number of advisees Hartz has, for example, totals more than 150 students.

According to Hartz, the safety program has been recently assigned two additional faculty lines, making for a total of seven full-time faculty members once hired. He said they’ll be advertising for the positions very shortly.

In addition, Hartz said the plan is to increase their clinical faculty by one each year over the next three years, ultimately increasing by five full-time faculty members.

On Nov. 17, 2017, AGC Massachusetts’ Director of Safety and KSC Alumnus Chris Ziegler presented the college with a $100,000 check to “help support the efforts of developing a new Construction Safety Sciences program that will produce competent and capable graduates that are able to serve as the ‘next generation of safety leaders,’” according to the Massachusetts AGC website.

Additionally, the AGC’s Education Resource Fund’s goal is to provide $400,000 to KSC toward the program costs over the first three years.

Overall, KSC’s health and safety program has a really great reputation, Hartz said, which he attributes to the alumni of the college.

“These companies are massive and they’ve been hiring our graduates for years,” Hartz said.

In the technological world, KSC’s computer science program has added a new option for student specialty: cybersecurity. The ability to pursue a bachelors of arts in computer science has been added as well.

The bachelors of arts option has been designed to require fewer credits, giving students the ability to more easily complete a second major or minor in conjunction with computer science. 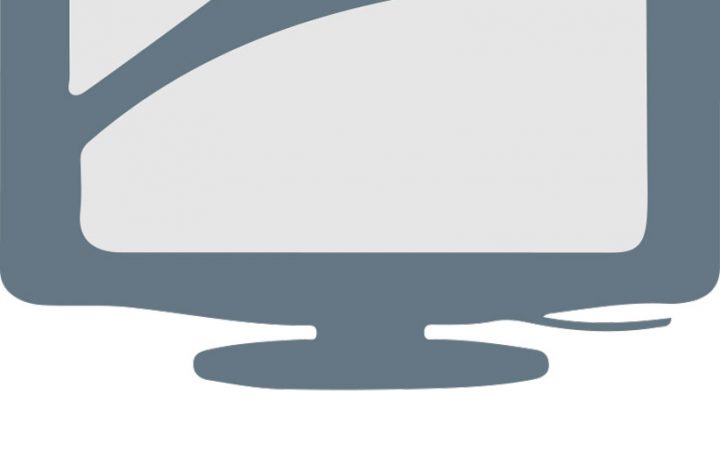 However, Associate Professor and Chair of the Computer Science Department Dr. Michael Hanrahan said the department has realized that some of their specializations have become a bit “redundant.”

On the other hand, cybersecurity has become a hot topic, Hanrahan said. “We are redesigning our program to be more responsive to what’s being asked for in industry and actually all organizations. Computer science, as you know, evolves really quickly. The standard line is whatever you know, 18 months later will be obsolete in computer science. It’s not quite true, but we recognize that we have to keep up.”

With a digital forensics focus and an added cyber crime course, the cybersecurity option will provide learning experiences to help graduates in the rapidly changing “real world.”

As of fall 2018, the computer science degree will include the following specializations: general, cybersecurity, software development and engineering and computational mathematics.

According to Hanrahan, Associate Professor of Computer Science Meenalosini Vimal Cruz has been added to the team for her specialty in digital image processing.

In the environmental studies department, a new minor in sustainability is being rolled out. A concept that’s been in talks for a number of years, Associate Professor and Chair of the Environmental Studies Department Dr. Nora Traviss said this seemed like the year to officially roll it out as a minor. 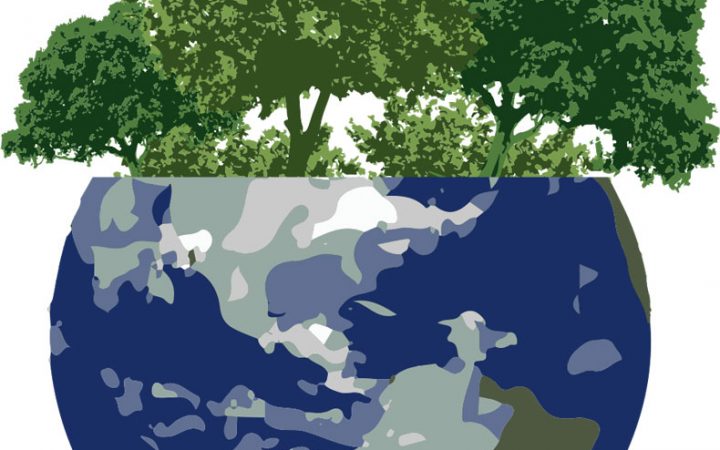 “We kind of thought that the timing was right,” Traviss said, “and a big thing is that Keene State has actually been doing sustainability for a long time and I don’t think our students…had a cohesive way to have a curriculum built around that, and so now we do.”

As a department, Traviss said her and her fellow faculty have noticed organizations wanting to hire in “problem-based” areas, like jobs in sustainability coordination and sustainability management. She said people in these positions are a major asset in helping companies answer questions such as how they can be more energy efficient and profitable.

Additionally, KSC has acquired accolades related to its commitment to sustainability. Now, students can be encouraged to practice these values in their own life and future career as well. “I think it’s bringing together theory and practice because I think the Keene State organization is doing the practice,” Traviss explained. “As the theory piece, we’ve done a job that now this minor will do, which will connect that these things are doable, right? These aren’t pie-in-the-sky options.”

According to Traviss, one of the biggest things the environmental studies department did was reach out to faculty in other departments to make the sustainability minor “interdisciplinary,” meaning it’s accessible to students and able to be paired with any other major at KSC.

“We’re just trying to tie in curriculum to maximize the fact that we have a living laboratory here,” Traviss said.

The last of KSC’s program changes lies within the public health major. Previously titled health science, the program will be taking on the name public health as of fall 2018. 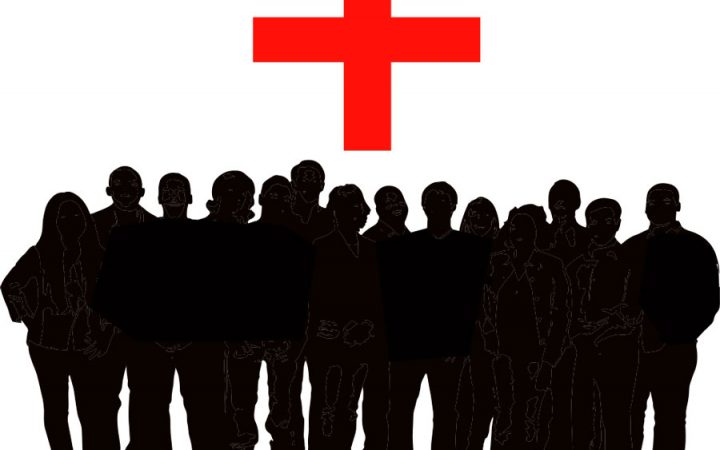 Why the name change? Professor and Chair of the Health Science Department Dr. Becky Dunn said the name “Public Health” implied students would be receiving a more medically-oriented education, such as training to become an x-ray technician or a phlebotomist. Truly, the program focuses not on such training, but on how to promote and prevent health and disease.

“What we do is we focus on health promotion and disease prevention, and one of the aspects to the health science name is often it implied a medical background, which certainly our graduates will go on and work in the field of health, whether it be health care at various levels, but a medical connotation often implies…something that’s more medically-oriented, so more so like a treatment approach rather than a health promotion/disease prevention approach, which are very distinct in terms of the approach and how you design a curriculum,” Dunn explained.

In terms of curriculum, however, Dunn said not much is changing. “What we already do in our curriculum is health promotion and disease prevention. That’s the hallmark of the courses that we instruct, so really it’s the name that’s changing.”

There will still be options offered in both nutrition and addictions, but the health promotion option will now be called population health “because that more accurately captures what that particular option does,” Dunn said.

Through the population health option, there were previously two options a student could choose to pursue: behavior and health or community health. Now there’s been a third option added: pre-professional health, which Dunn said was really created to target those students who have post-baccalaureate plans to later pursue advanced degrees.

“Our name is now in alignment with what our curriculum does, Dunn said, “and I think public health, it’s at the forefront of making sure that we have healthy communities, healthy individuals and certainly a health population, and I think that that name is certainly recognizable among employers. Our students are highly employable once they graduate and certainly this is going to accentuate that even further.”

All changes will go into effect for students entering KSC in fall 2018.