NHTA “represents the non-commissioned men and women of the New Hampshire State Police,” as stated on their website.

Denninger had been reported missing on Sunday, Jan. 28.

The NHTA Facebook post stated that there was “no evidence that foul play was involved and there is no safety risk to the general public.”

Denninger was a senior at KSC, according to Campus Safety Director Jeff Maher.

The investigation is still ongoing.

Anyone with information is encouraged to contact NH State Trooper First Class Gillis or Trooper Bernier at (603) 358-3333. 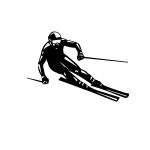