A former Keene State College bookstore employee pleaded guilty to simple assault of a 14 year-old girl, and has been sentenced, according to court documents.

Olivier Gabriel, 25, entered a plea bargain on Dec. 21 for the charge, as stated in court documents. He had spent 123 days in jail prior to his sentencing hearing.

At the Plea and Sentence Hearing on Jan. 5, Gabriel received a two-year suspended sentence of 360 days. For the next two years, starting Jan. 5, Gabriel will be on probation. Gabriel’s probation conditions include: “participat[ing] meaningfully in and complet[ing] any counseling, treatment and educational programs as directed by the correctional authority or Probation/Parole Officer,” “no contact with [the victim] or her immediate family” and “be[ing] of good behavior and comply[ing] with all the terms of this sentence,” the same document read.

If he violates the probation conditions, Gabriel will be sent to jail for the 360-day sentence, minus the 123 days he previously served. If the conditions are followed, his sentence will be dropped, according to sentencing documents.

The affidavit stated that Gabriel had met the victim on a smartphone app called Whispers. The two later communicated through other mediums, such as Snapchat and text message. Gabriel and the victim had met-up on four to five different occasions where he pressured her into engaging in sexual contact.

The victim’s stepfather called KPD on Aug. 25 after he watched his step daughter take off with Gabriel from the bowling alley. When Gabriel was reached by Keene Police Department (KPD), he said he “thought the girl was 15 years-old,” and told KPD he and the victim’s relationship was “platonic,” according to the affidavit.

Gabriel was arrested at KSC on Tuesday, Sept. 5 for “one felony count of Certain Uses of Computer Services Prohibited” and “one misdemeanor count of Sexual Assault,” according to a KPD Press Release dated Sept. 6, 2017.

On Sept. 25, Gabriel also was indicted by a grand jury for “utiliz[ing] a computer on-line service or internet service to seduce, solicit, lure or entice [the victim],” according to indictment papers. However, that charge was dismissed on Jan. 5. 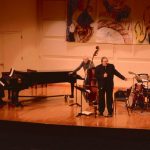 KSC jazz instructor passes away Previous
Past winter activities Next 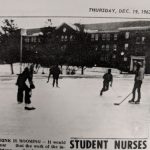