The 2018 Winter Olympics is coming up next month in South Korea, after nearly a century of tradition. This Jan. 25 marks the 94th anniversary of the first ever Winter Olympics, which were held in Chamonix, France, in 1924. The event featured 258 athletes from 16 nations competing in 16 events over a 12-day period, including opening and closing ceremonies.

According to the official website of the Olympics, an American named Charles Jewtraw, who was born and raised in Lake Placid, New York, was the first at the games to win a gold medal. His event was the 500 meter speed skating competition, the first to take place on Jan. 26, the morning after the opening ceremony. Jewtraw completed the event, beating out 26 other skaters with a posted time of 44.00 seconds.

The U.S. and Canadian hockey teams went up against each other for the final round of the ice hockey tournament, sparking a rivalry that would stretch across history. Although the U.S. had made it to the gold-medal round they were beat by the Canadian team 6-1.

Figure skating was where all of the female athletes competed in the 1924 Winter Olympics. Among them was Sonja Henie of Norway, who competed in the games just a few months shy of her twelfth birthday. Although she came in last at the 1924 games, her spirit was not broken. She came back to compete in the 1928, 1932 and 1936 Winter Olympics, winning the gold medal for figure skating each time. After her sensational victories at the Winter Olympics and coming in first  at the World Championship ten times in a row she shifted her focus to the silver screen and became a movie star in America.

The Olympics, both winter and summer, join together nations from across the globe in the name of friendly competition. With winter sports being so prominent among citizens of New Hampshire, that first Winter Olympics provided a base of recognition for some of our favorite activities. 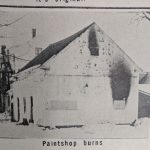 1962: Campus building burns up Previous
Strength in numbers Next 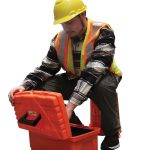