In three days, these champion teams will relive the 2004 XXXIX Super Bowl, but the result might be a little different.

The Eagles are considered the “underdogs” (some players even donned dog masks after the NFC game) and they truly are, for many reasons. But this is their strength.

Having never won a SuperBowl, the Eagles will play for a Vince Lombardi Trophy for only the third time in their existence.

The first Super Bowl the Eagles played in was in 1981 against the Oakland Raiders. They lost 27-10, and wouldn’t have another chance at a Vince Lombardi Trophy until 2005, when they played against the Patriots. They lost 24-21.

But that doesn’t stop the Eagles.

“For what they did to us in 2004, to get payback, there would be nothing sweeter than that,” Eagles’ Right Tackle Lane Johnson said. “I remember watching that game when I was 14 years old. I was hoping the Eagles would win. Just coming up short, you could feel the pain, and you could also feel the passion of what this city wants. And we’re here, so it’s right at our fingertips.”

Some, like Johnson, are ready for the game–for the fight–but a few others will have to watch from the sideline. The Eagles suffered great losses this season when a few of their best were injured.

The Eagles still won every single one of these games.

Losing your top players is hard, but the Eagles have not just survived, but prevailed.

Carson’s injury meant that backup quarterback Nick Foles would have to step up–and that’s what he did. In the postseason, Foles threw 598 yards, which may not compare to Patriots starting QB Tom Brady’s 627, but for someone who’s only been in the National Football League (NFL) for six years (compared to Brady’s 18 years), it’s impressive.

Foles isn’t the only young player on the team. Twenty-three Eagles players have been in the NFL three years or less, compared to the Patriots 20 players. It isn’t a large margin, but when you consider the amount of Patriots players who played in last year’s Super Bowl LI (almost 50 percent), the Eagles can’t compare. But that doesn’t always guarantee a loss.

In Super Bowl IX (1975), the Pittsburgh Steelers conquered the Minnesota Vikings 16-6. From starting with a rookie-heavy roster (because of a strike) to alternating starting QBs, it was “a mess,” described Steelers safety at the time, Mike Wagner, but they still won.

In Super Bowl XLII (2008), the Patriots lost to the New York Giants 17-14. That was the season where the Patriots went 18-0, setting a new record. The Giants went 10-6 before the playoffs, where they went undefeated.

Going up against an incredible team, even when you’ve won previous Super Bowls (like the Giants), is daunting. But winning is possible.

And it just might be possible for the Eagles. 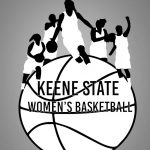 Facing adversities on the court Previous
Patriots Column Next