The air we breathe is important to having a healthy life. Yet, many people who live in areas of low air pollution tend to take their clean air for granted.

The Trump administration recently repealed the Clean Air Act, which regulates the amount of toxins that are released in the air from fossil fuel companies. While people who backed the repeal said the Clean Air Act was based on false information of the anti-pollution law, environmental groups argued it will only contribute to the increase in pollution.

More than ever, the city of Keene needs to take action against air pollution.

Chair of Keene State College Environmental Studies Department Dr. Nora Traviss recently raised concerns about the quality of air in Keene. According to Traviss, in 2013, the air pollution exceeded the EPA’s health standards for about four days. Traviss said the air pollution is not equally dispersed in Keene. The pollution is in different patches in the city.

Since 2013 and 2014, her undergraduate students closely monitored the air quality. In 2013, her students explored about 500 points in Keene in order to determine why the particulate matter in the air was in certain areas of Keene.

In that study, they found suburban neighborhoods were more heavily polluted than other areas, while places like KSC had little air pollution.

In 2015, Traviss explored the health effects of air pollution on children’s health. While the study she conducted did not find a correlation between asthma and smoke levels, that doesn’t mean there are no health risks involved.

The main culprit of air pollution in Keene is the burning of wood in non-EPA certified wood stoves. Traviss said when wood is combusted, it creates carbon dioxide and water and combustion by-products.

One of the combustion by-products is particulate matter, which contains all the soot that doesn’t get combusted.

Traviss said Keene is a valley, and because of that, there is little wind that can blow away the harmful particulate matter that can be absorbed into our bodies. Because of this, air inversion occurs when heat rises and then sinks to the cold ground, which settles and doesn’t disperse. Particulate matter then remains close to the ground with little to no wind to carry it away.

Traviss said she and a select few of her students are leading a new study that started last semester. The study has expanded on more qualities of monitoring air pollution, such as being able to predict when air inversion is happening.

KSC environmental studies and geography major Aimee Krafft is one of the students who is intimately studying air quality and installing monitors that help determine whether or not the air is safe. Beginning last semester, Krafft, along with Traviss and her peers, drove around Keene to collect air quality data with air monitors. The air monitors that were installed in Keene can interact and warn locals about the air quality of Keene online. Krafft said one of those monitors happened to be on Water Street, and that she had an overall positive experience working on this study. “I feel like it was the first time that I actually got to go out into the field,” Krafft said. “We set up the monitors and we’ve just started to get data back in so… we’re just trying to process what we’re looking at, so it’s been a good experience.”

Environmental Studies Professor Dr. Thomas Webler said the solution is to motivate as many people as possible to use either an EPA-approved wood stove to decrease the amount of wood stove burning or to stop altogether.

However, he said establishing a law that prohibits wood stove burning is not the best solution. For people whose only source of heat is wood stove burning, he advised to only burn the dryest wood to decrease the particles in the air and to not damp down the stove. Another alternative is to burn fire in a place where there is a lot of moving air surrounding it to prevent air inversion.

Webler, Traviss and her students involved in her study are already making efforts to engage and educate the public about air pollution.

Webler is calling for a grant that will add more public interactive air quality monitors and help students continue their efforts in studying air pollution. The status of the grant will be revealed in the near future.

Webler and Traviss have also established a Facebook group that advocates for the reduction in wood stove burning and to improve Keene’s air. The group is called Keene Clean Air, and will be creating events that will help motivate people to reduce their use of wood stoves. The group is open to the public.

The repeal of the EPA’s Clean Air Act should not be seen as a death sentence or as a reason to panic. We shouldn’t have to fully rely on our government to help us keep the environment clean so we can have good health.

Webler stressed the need of having every individual person in the community make changes that can better improve our environment and the air we breathe.

“I think the most important message I like to get across here is that we can’t and shouldn’t expect the government to just tell us what we can and can’t do,” Webler said. “We can learn together by gathering our own data and making our own choices collectively as a community and coordinate our behavior ourselves.”

Katherine Glosser can be reached at kglosser@kscequinox.com. 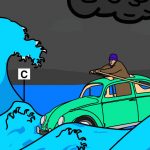 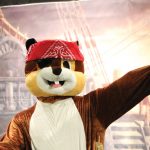