On Friday, Nov. 10, Keene State College senior Bridgette Lord was arrested and charged with “theft by unauthorized taking” of over $1,501, according to the Keene Police Department (KPD) police log.

A theft of more than $1,500 is classified as a class A felony, as explained in Title LXII: Criminal Code of the New Hampshire Statutes.

Lord allegedly took $6,757.64 from the Delta Xi Phi (DXP) sorority at KSC between Aug. 2016 and Oct. 2017, as stated in a Superior Court Complaint signed by Cheshire County Attorney John Webb.

Lord was the sorority’s treasurer during this time period.

Lord allegedly used the sorority’s card to make purchases from companies such as “Time Warner, iTunes, Music Notes, Amazon, and some other charges to local stores and restaurants,” as stated on the affidavit.

That affidavit also stated that sorority members’ dues ($200 per member) were missing from DXP’s bank account.

Lord said to Bomberg, according to the affidavit, she intended on paying the sorority back, even if it took years, but had no set plan.

Lord said she could not comment on the charges.

When contacted for an interview by The Equinox, Coordinator of Fraternity & Sorority Life and Student Leadership at KSC Brandon Mathieu said he was unable to comment.

National President of DXP Vicki Nelson also said she was unable to comment.

Dean of Students Gail Zimmerman said she was unable to speak about Lord due to “federal privacy regulations.”

Assistant Dean of Students and Director of Student Conduct Matthew Salter said he was unable to speak about Lord because of the The Family Educational Rights and Privacy Act (FERPA).

Bail was set to $1,000 on Nov. 10 at 5:45 p.m. with conditions including, but not limited to, “not discuss[ing] the case with any DXP sorority members,” according to an Orders and Conditions of Bail document.

Lord was to appear in court for an arraignment on Thursday, Nov. 30 at 1:00 p.m., but it was cancelled because an agreement was reached by the prosecutor and defense, according to courthouse officials.

A dispositional conference will be held on Wednesday, Jan. 24 at 8:30 a.m. at the Cheshire Superior Court, as stated on the Notice of Dispositional Conference document.

In an email to The Equinox, Guerriero commented, “Bridgette cooperated with the police during the investigation and she is dealing with this matter responsibly. Because it is a pending court case, we cannot offer any other details at this time.”

**Omission: Originally, the article stated that Guerriero did not respond for comment. However, an email sent to The Equinox dated 12/2/17 from Guerriero contained a comment, but that email was accidentally deleted before being opened and prior to the article’s publication. 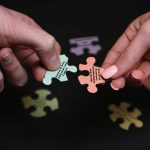 Restructured Previous
Admissions increase by 100 Next 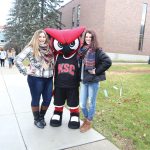