FDA’s attempt to limit nicotine use is the right move

A recent article in The Washington Post is shedding light on a nationwide problem occurring everyday: nicotine use. Now most people, like myself, associate nicotine with a cigarette. As a kid, a program referred to as Drug Abuse Resistance Education, or referred to as Drug Abuse Resistance Education, or D.A.R.E, used to visit my classroom and issue warnings of what happens if you smoke a cigarette. It was always an evil person trying to make a more innocent person take one through peer pressure. Nowadays,, similar strategies are used on a more global scale. An example would be commercials on YouTube ads briefly mentioning how tobacco companies target a certain group of people. Another example I think of is a commercial that airs on teenage/young adult-focused channels such as MTV or vh1. The commercial shows a young girl listing all the things she is agreeing to as if she is a signing a contract and at the end of the commercial the contract/list rolls up into a cigarette before she begins to smoke it.

I bring up these examples because people are beginning to really attempt to make a change when it comes to lessening deaths caused by nicotine use. The article published in the post, “Quitting smoking is hard. FDA wants new nicotine-replacement therapies to help,” breaks down the different ways a smoker can lessen their nicotine intake. I have always been supportive of the idea of nicotine-replacement, not only because it is better for those around smokers, but for personal reasons as well. My brother and my father are smokers. I would estimate that my brother smokes one pack day, whereas my father smokes at least two packs a day plus a vape that has nicotine in it as well. Reading the statistics of those who die because of tobacco really upsets me because of the way my brother and father constantly smoke. For years I have tried to get them to get off of smoking cigarettes because of the long term effects.

The interesting thing about tobacco companies that produce cigarettes is that they have always ignored the fact that their product is so dangerous. Years ago, an idea of nicotine-replacement would be laughed at by other people, but now more so than ever it is important to start backing therapies that help nicotine users get off the deadly substance which subsequently does horrible things to their bodies.

The FDA is taking charge and starting these new committees to combat the use of nicotine. According to the article, it is stated, “the FDA would require reductions in nicotine in conventional cigarettes to make them minimally addictive or non-addictive.” This is groundbreaking to me because that would mean that each year deaths would decrease due to tobacco use. Not only would this change how people view smoking cigarettes because smokers would have other options, but decide other options for the same type of tobacco use. It is my opinion that it could lessen the amount of cigarettes consumed and smoked for personal use but could possibly decrease second hand smoke as well.

Although the idea of new ways of nicotine-replacement could be very much effective, the only thing I would personally worry about is that people who do not smoke would use vapes that have nicotine in them without trying to find ejuice without nicotine in it and wouldn’t be able to tell the difference. I think no matter how the FDA goes about promoting these new therapies, people will still find a way to use a tobacco product for recreational use instead of therapeutic. The difference between therapeutic and recreational meaning users who are not trying to get off of nicotine addiction. However, I sit back and wonder: is there any harm to instituting these new therapies that could really help? I always think that trying to establish easier ways  and really doing the best to find a better solution to helping someone get off of what I think is a very harmful substance for a person to be ingesting into their system is worth trying. It’s better to try and fail instead of doing nothing at all.

Lisa Russo can be contacted at lrusso@kscequinox.com 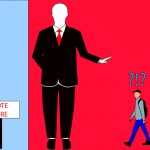 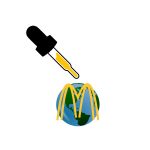 FDA’s attempt to limit nicotine use is the right move