Keene State College’s radio station WKNH has recently paired up with Interim President Dr. Melinda Treadwell to give her a weekly program on the station. Treadwell said her show, Campus Corner, will take place weekly on Wednesdays at 8:30 a.m.. Treadwell said the show will include either a student, staff or faculty member on each program.

Treadwell revealed that on the show, she and her guests will have conversations about what people are doing around campus, what people are learning about and doing in the classroom and, overall, what is happening in the KSC community. 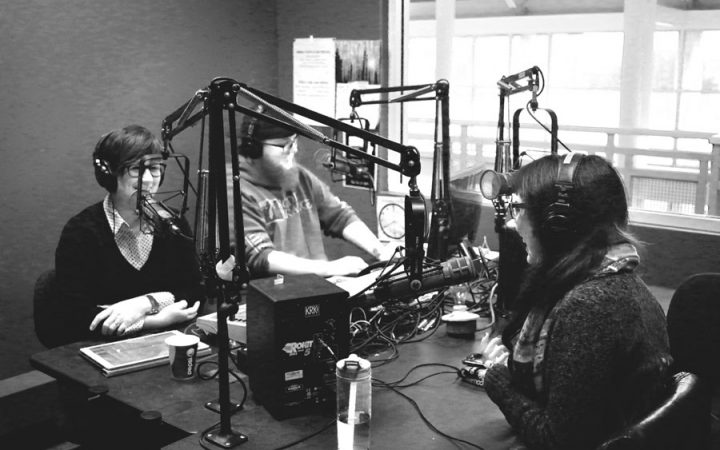 “My hope is it’s a multi-benefit. Number one, I get to meet more people in the [KSC] community. They get to meet me. We’re really going to talk about why we came here. It’s mostly for the individual sitting with me to talk about what they’re excited about at Keene State in the program they’re studying in,” Treadwell said.

Treadwell mentioned the opportunity to begin a radio show happened when Program Coordinator from the Continuing Education Department Lori Rogers emailed her after a campus meeting suggested the radio program to Treadwell when she had expressed wanting to talk with the community and let them know what is going on.

Treadwell has had one show so far with KSC senior Rachel Blumberg.

Blumberg said on the show, she and Treadwell  talked about her double major of film production, the internship she had in Los Angeles over the summer and managing for the band Gray Haven.

“It was just a conversation with her and she was genuinely interested in the things that I’ve been doing. It was really easy to talk to her. It was like I wasn’t on the radio,” Blumberg said.

Blumberg said she got the opportunity to be the first guest on Treadwell’s show because of her major and academic experience.

“Eight people were contacted and I responded first, so I was able to get the first slot,” Blumberg said.Treadwell said she is thrilled to be hosting a radio program because she loves to meet new people.

The staff at WKNH said they are also glad to have Treadwell hosting her own show on the station. General Manager of WKNH and junior at KSC Peter Dubois said, “It is a good way to talk about issues that people have. Her basis is to get to know the community more and have a normal conversation.”

There is no other means than radio to have discussions. Even television doesn’t lend itself to the back-and-forth discussion that radio does.”  Dubois said that Treadwell is doing a great job at making connections with the students, staff and overall community here at KSC.  “Treadwell really tries to make a connection and already knows my name and many others,” Dubois said.

Senior and General Manager of WKNH Nicholas Busby said Treadwell was a natural during her first show with the radio. “Usually people are nervous about being in front of the microphone, but for her, it was like a normal conversation.”

Advisor of WKNH Diana Duffy said when Treadwell had asked her about hosting a show, Duffy knew that it would be a really good opportunity for her.”