We will suffer if we don’t recognize climate change

Global warming has become a hot topic for many ‒ from the environmental devastation to human impact on our air quality, to the increase in Earth’s global temperature.

While many scientists have proven that climate change is, in fact, man-made, there are still people who do not believe that. 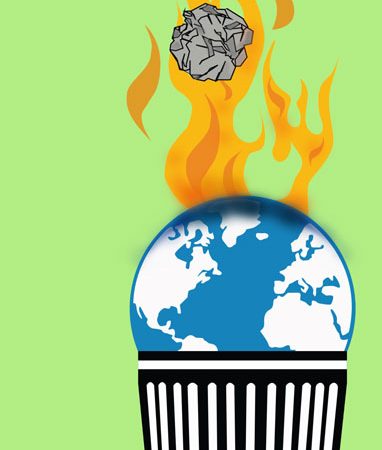 According to the Pew Research Center, while 80 percent of Americans believe in man-made climate change, 20 percent do not. President Donald J. Trump is part of that 20 percent.

Trump has become a fierce and stubborn opponent of combating man-made climate change.

He has taken many actions against climate change, such as opting out of The Paris Agreement, which committed countries to reducing their greenhouse gas emissions.

According to an article in NPR, Trump’s reasoning for opting out of the agreement was because it was “a bad deal for the American people and it’s a bad deal for the environment.” Trump also pulled back Former President Barack Obama’s policies that took action against climate change and environmental pollution.

Some of these policies Trump rolled back include the freeze of coal leasing on public property and a mandate that calls for federal agencies to acknowledge the issue of the impact greenhouse gas emissions has in their statements involving environment.

Satellites that have orbited Earth found countless information about how much earth has changed over the years.

This satellite data was gathered for years and that data concluded that earth is, in fact, experiencing man-made climate change.

In the nineteenth century, evidence of carbon dioxide and other gases trapping heat was demonstrated.

Since global temperatures have increased, so has the melting of ice cores and glaciers.

According to NASA, ice cores in Greenland, Antarctica and tropical mountain glaciers showed that greenhouse gas levels have changed their structure.

According to a U.S. report in a NBC news article, the global temperature has risen by 1.8 degrees Fahrenheit and sea levels rose by eight inches since 1900.

Many countries have signed The Paris Agreement and have taken some action against climate change.

So why should the U.S. worry about climate change if other countries are already working on the solution?

First we must consider the United States’ contribution to global climate change.

According to the U.S. Greenhouse Gas Inventory Report: 1990-2015, the total amount of greenhouse gases the U.S. emitted in 2015 was over six billion metric tons.

So how does our contribution to climate change affect us?

Our health will suffer, if climate change continues to happen.  According to the U.S. Global Change Research Program (USGCRP), some of the health effects are heat-related illnesses, lung and heart illnesses, food, water and vector (parasitic, viral and bacterial) diseases and mental health issues.

Not only is our health impacted, so is our environment. A

n increase in wildfires, droughts, floods, heat waves, hurricanes, rising temperatures and ruined ecosystems will continue to increase if we continue on our path to destruction.

It will also impact the U.S. economy negatively.

According to National Geographic, 300 billion dollars in economic losses resulted from wildfires alone.

That is enough to pay for every U.S. student’s tuition.

According to the Economic Case for Climate Action in the United States, within the decade, the different weather conditions combined with health effects caused by climate change will cost the U.S. 360 billion dollars annually.

This, in turn, will cripple the U.S economy’s growth.

Keene, NH, has felt the impact of climate change. According to a report by the City of Keene in 2007, Keene has experienced changes due to climate change.

A change in flooding, annual snowfall, infestation of invasive plant and animal species and an increase in temperature are just a few of the environmental inconveniences Keene is experiencing.

While the Cities for Climate Protection Committee, a city-based group aimed to combating climate change through sustainable energy use, helped decrease the greenhouse gas emissions, further environmental actions still need to be taken by the rest of our community.

If we continue to turn a blind eye to climate change and take no more action against it, the world as we know it will continue to deteriorate. It is important, however, to not give up hope.

We can still instill change in our habits, propose ideas that can change how our society impacts our environment and continue to denounce Trump’s false statements about the lack of man-made climate change.

The more we take action and educate others, the more we can do something that could help save our planet. Let’s be the change we want to see in the world. 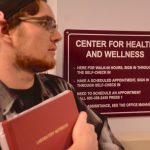 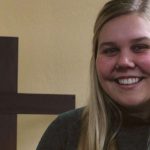 We will suffer if we don’t recognize climate change