Tuition raises can be beneficial

Some of the most critical teaching and formative experiences for people is in college. But is the rising cost in tuition worth these experiences? Is there a reason why it’s so expensive and is there a solution?

Since the 1970s, college tuition costs have gradually risen. In the 1970s, according to  National Public Radio (NPR), tuition at the University of California (UC), Berkeley was $700 a year. Today, it now costs almost over $15,000 a year, increasing by 2000 percent. According to The New York Times, one of the common myths about why college became so expensive is because public funding for higher education was slashed. This reason has been projected to many people, with many believing it to be true. This notion is false and only adds to the issue of increased tuition costs.

There are many contributing factors tuition is getting more expensive. One of these factors is the constant expansion of the university administration. With expansion comes the increase of full-time faculty members. According to an analysis by a professor at California Polytechnic University (CSU), full-time faculty members in the CSU system increased from 11,614 in 1975 to 12,019 people in 2008. The number of administrators went from 3,800 to 12,183, which is a 221 percent increase. Because of this, the university is paying more money out of their pocket to keep faculty.

Another contributing factor is that states are paying less of the cost of college than they used to. According to NPR, because of the shrink in state budgets, the students’ share of paying for public education went up. Conservative governors have also challenged state financial aid on the grounds it would increase the raise of tuition. Their actions include pushing administrators to cut waste and increase the productivity of professors. With the productivity increase, comes the cost of it, essentially making it more expensive.

There are quite a few solutions to the issue of increased college tuition. The first solution is to understand the source of the tuition increase. There are multiple sources of the increase in tuition. By understanding the limits of a university and the state’s aid budget, students would essentially see a decrease in the amount of spending a college makes. Yes, it would most likely mean universities would not be able to expand, but there are quite a few benefits by not doing so.

By keeping colleges where they are resource wise, it will force colleges to hire capable and well-qualified faculty and to work on improving the quality of the college without having to expand. It also means, improving the faculty’s quality of work and mind. Faculty who are hired in bulk are typically paid less and have low job security. However, the best solution to the issue is to form student-faculty unions that will challenge the college administration. By working together to have a say in where the funding goes and the school budgets. By making sure the administration aren’t the only decision makers, more people would be able to make better decisions in regards to where our money goes and help decrease the amount we pay by becoming more sustainable. 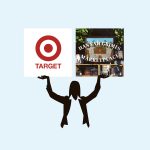 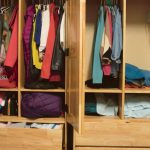 Tuition raises can be beneficial