It is hard to imagine the countless hours that go into making a music video. While the audience only sees a video that is a few minutes long, producers spend days, weeks, even months trying to make their idea a reality. For this reason, we should celebrate all of the hard work put in by these visual composers. 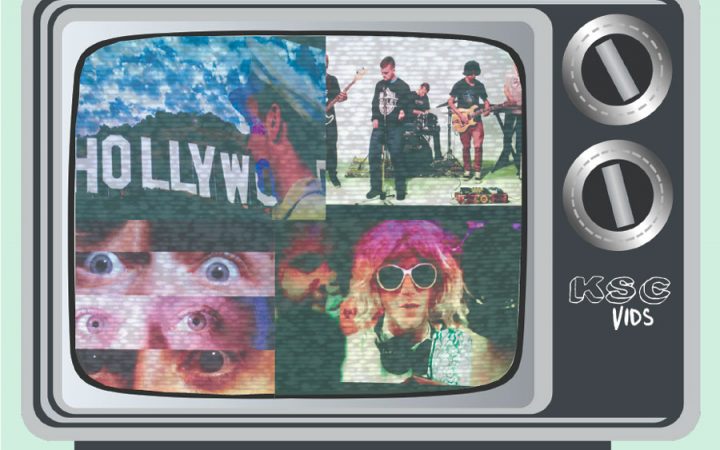 On Thursday, Nov. 10, film producers and students alike gathered in the L.P. Young Student Center’s Mabel Brown Room to witness what some of the Keene State College film major students have been working on this semester. The night showcased 10 videos showing a diverse spectrum of creativity.

To promote the event, a band composed of KSC students, Afterimage, played outside the L.P. Young Student Center encouraging passersby to come to Music Video Night.

One of the band’s members, sophomore Casey Daron, who also co-hosted Music Video Night with Nick St. Amour of the band Gray Haven, explained why the event was specifically important to Afterimage.

“I’m a film major, and our band made a music video that we’re presenting tonight,” Daron said.

As well as the band, several other films majors’ works were presented during the event. From first-year student’s Production 1 pieces to veteran video creates, Music Video Night highlighted all different levels of video production. The event also showcased both well-known and local music.

Junior Rachel Blumberg, who created a video for local band Gray Haven, commented on what went into making her video. “It was preplanning and then I have a production company called Rachini Productions.” Blumberg continued to explain that while she had the help of her company, she also hired people to assist her through the film process. “I brought on some production assistants.” Blumberg also commented that she would be using parts of the video for a future project. “I’m making a documentary about music videos right now so that footage will be scene in that,” Blumberg said.

In addition to creating a video of Gray Haven’s song “ruokplz,” Blumberg is also the band’s manager as well as co-coordinator of Music Video Night, along with sophomore Alex Miller Thibault.

Blumberg stated that this was not her first time helping put together this event.

“I’ve coordinated it two semesters already so this is my third semester.” Blumberg then elaborated on what went into coordinating Music Video Night. “First you got to get the room. Then you got to get the date.” Blumberg continued to express the importance of advertisement  “All the advising, making the word out, chalking up Appian [Way], which we did today. It’s all about advertising.”

The advertising for the event helped bring in many students that did not have a video that was being showcased.

Film major and sophomore Sarah Nickerson, was not presenting a video but came to the event to support the work of others. “I’m part of KSMP [Keene State Media Production] so I’m just supporting the people that put in Music Videos tonight.”

The night concluded with Blumberg’s creation of Gray Haven’s music video leaving the audience members impressed by the talent they saw coming out of the event. 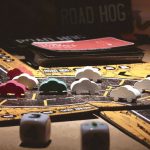