Reducing waste has become a goal for many, and Keene State College is no stranger to that. From the Ban the Bottle campaign, to the newly accessible composting bins at the Zorn Dining Commons (DC), KSC has already begun a series of actions in reducing waste that goes into landfills.

According to Interim Recycling Coordinator Matthew Bacon, 17 tons of waste was found in the compactor bins last month.

Bacon said the 2013 trash audit, which analyzes and measures the trash people throw away on campus, found 90 percent of the trash was compostable material. The compost is used by the grounds crew on lawns, gardens and the greenhouse, which is located in the Putnam Science Center. Bacon said the type of compost they are currently using is called vegan compost, which has no proteins, such as meat or dairy.

Industrial compost, on the contrary, is compost with proteins, and it cannot be mixed with vegan compost because it will contaminate it. Because of this, industrial compost is typically put into landfills. Composting is a lengthy process and takes at least 90 days to make. In order to ensure the composting material stays usable, yard waste, such as leaves, is mixed into it. The compost, which is in a windrow, is tilled so no plant life takes form.

Bacon proposed to expand their composting program to include industrial compost, however, he wasn’t the first to do so. Bacon said KSC’s former Recycling Coordinator Heather Greenwood proposed the idea in 2013, but it was unsuccessful when it was piloted the summer of that year.

Bacon proposed it again, and last month the plan was approved, meaning there will be even less food going into landfills. Bacon said the equipment necessary for collecting industrial compost will be arriving in November. Since the idea was approved, Bacon has another composting goal he is going to set forth. “Now that we are going to be able to compost everything organically, the next step after the [DC] is put into place, is actually [residence] hall composting” said Bacon. Bacon said he is hoping to bring compost bins to residence halls in 2018.

KSC senior Alexandra Sholtes does not compost, but said it is a good idea. She felt the expansion was a step in the right direction. “We are founded on sustainability and we pride that we are sustainable, and I think this is a great step to helping Keene [State College] stay sustainable and to cut back on our waste,” said Sholtes.

Expanding what can be made into compost will not only help the gardens and the lawn on campus, it will also help the greenhouse. KSC Biology Lab and Greenhouse Manager Katie Featherston has been composting for 40 years. The courtyard garden clean-up she facilitates relies on the compost. “I’m really impressed with how much composting we already do here, it’s good. It’s a lot more than a lot of other schools,” said Featherston.

While there are no compost bins in the residence halls yet, Bacon is encouraging students who want to compost their food to bring it to the composting trash can in the DC. He also encourages students who need advice on what to do with their compost or leftover food to contact him at his email or at his office in the Joslin House basement. 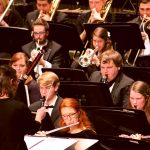