Voices of Paris at KSC

Over 40 people arrived at the Redfern Arts Center on Sunday to watch a new music faculty member perform at a recital called the Faculty Recital Series: Voix de Paris. This runs like every typical college recital except this recital had a twist; instead of students performing the recital, it was a new faculty member and her colleague. People of many age ranges came to watch two people perform: Dr. Rebecca Hartka, a cello player and Keene State music faculty member and pianist Barbara Lysakowski. Young children, KSC students, faculty members and other adults watched as they performed.

The recital music is Paris-inspired with the songs being historically heard in salons in Paris. One of their musical performances was played in a theater performance that featured the sad love-struck clown Pierrot, who was in love with Columbine, a female clown who would often break his heart. Hartka said she was inspired to perform french music for her recital because of her love for it. Her obsession with french music began four years ago, when she received a french bell that was from the 1890s. From there, she developed a love and appreciation for french music.

KSC junior music major Geoffrey Edwards was one of two of Hartka’s students that came to see her recital. Edwards said he has been going to faculty recitals at Keene State since his first year and said he enjoys going to them. He expressed his admiration for Hartka’s work.

“I’ve always loved her music, she’s very expressive with how she performs. The collaboration between the piano player and the cello player is just incredible,” said Edwards.

Hartka felt it’s good for her students to come to her event.

“I think it was really good for them to see me in action because you can speak a whole bunch in your lessons about what to do, but actions speak louder than words, and they can also see that I’m human and I also make mistakes,” said Hartka. “I definitely had a few bloopers; it’s a normal part of the concert experience, but overall I feel pleased with the performance.”

Lysakowski has been playing the piano since she was six-years-old. She and Hartka were colleagues as faculty for All Newton Music School. Lysakowski said she felt a musical connection with Hartka, which inspired them to perform together at the faculty recital. Lysakowski said she, at first, felt fearful of how the audience would react to her work, but as she kept playing, her connection with the audience deepened.

“I felt I played better and better with every piece, feeling this great connection with the audience, and somehow, I was received well and encouraged to keep going,” said Lysakowski.

“I would love to see more people come to these events because this is an incredible high-level performance,” said  Lehninger.

Hartka said she has played the cello for 33 years and that she loves the cello for its rich, dark sound that vibrates her whole body as she plays it. She said she felt it has a soulful, rich human quality to it and was happy with how the performance turned out.

“I felt that the audience was quite receptive and warm, and the piano’s beautiful, so generally, I would say great stage crew, everybody was really attentive so it was very nice,” said Hartka.

Edwards felt going to this recital would be enriching for other music students. “Being able to hear these professionals is an incredible experience for any musician, whether they are performing or if they’re listening. It’s worth the time and the performances are just incredible and we don’t get many opportunities like this,” said Edwards. 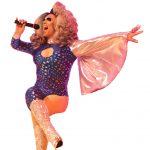 Glitterati and Glamazons Previous
Magic of Monadnock Next 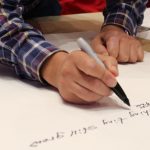 Voices of Paris at KSC