Rise of Narcan use in Keene

Keene is seeing yet another increase in the use of Narcan- an opiate overdose reversing drug.

According to naloxoneinfo.org, Narcan blocks opiates from the opiate receptors in the brain.

Within five minutes, a person who once clung to death is now awake and alive. According to Keene Fire Chief Mark Howard, in the past month, the Narcan use increased from 4 to 12.

Howard said this is the highest number he has seen in the last two years. This year, there were four confirmed opiate-related deaths, with several deaths pending confirmation or nonconfirmation in the medical examiner’s office.

Howard said the death number in Keene could double in the next couple of months.

“It’s clear evidence that even with all of the work of local agencies, police, fire private agencies [and] state agencies that the problem is not going away,” said Howard.

As a precaution, Narcan is administered in case the overdose is opiate related.

If the overdose isn’t opiate related, Narcan will not work. KSC junior Dante Diffendale said because people cannot fully tell whether the overdose is opiate-related and they administer Narcan, it delays the recovery of the patient, making them more likely to die.

Diffendale, who has been clean of opiates for eight years, said Narcan isn’t the only solution to the epidemic.

For him, helping people through their withdrawal symptoms and having more aftercare programs, as well as more rehabs would reduce the amount of overdoses.

“One of the reasons people are dying is because there’s no treatment, there’s no place to send these people when they want help. Most people who are addicts don’t have insurance, they don’t work a regular, on-the-books job, so it’s very hard for people to get into a rehab then figuring out how to get to the rehab because there is no funds or anything for transporting people to rehab,” said Diffendale.

“Isn’t it interesting that maybe 30 years ago during the AIDS epidemic, when the virus was first initially being noticed, that there was terrible stigma put onto the people that were getting AIDS. There was a lot of discrimination and stigma against folks in the early days of the epidemic,” Finneran said.

“I am struck by how there seems to be parallels between that and the opioid epidemic today.”

Finneran said that while the opioid epidemic hasn’t penetrated Keene State’s campus, he knew a few students who got into trouble with opiates. “I’ve learned that people with alcoholism and addiction are not bad people trying to get good, they’re people having an illness that are trying to get well,” Finneran said.

Finneran said society cannot afford more losses of life to addiction. “When you lose somebody to addiction, you’re losing somebody that could be contributing to the problems that we face today in the future,” Finneran said.

Diffendale said he had friends who tried to open a rehab/transitional facility and the surrounding neighborhood opposed it because they did not want addicts to be around them.

He disagreed with their reasoning.

Diffendale and Howard said the lack of resources for addicts seeking treatment is a contributing factor to the increase in overdoses. “

Addicts are everywhere. You’ll see us walking down the street. You might see us in the stores. We’re already here and having a rehab/transitional living that’ll make it so that the people that want help can actually become productive members of society. They can go back to work to and find on-the-books jobs,” Diffendale said. 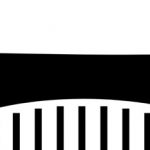 Rise of Narcan use in Keene